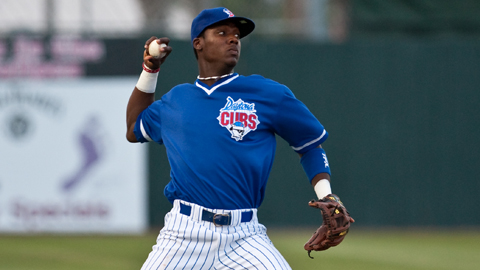 The minor league season is nearly at an end. Before this week is out we will see some of the Cubs’ farm teams playing their final game of 2012. If you had planned to get to the ballpark this summer, I suggest you hurry.

Arizona and Boise will both be in the playoffs. The exact playoff schedule for Arizona has not yet been announced; the Boise Hawks will begin their 2012 postseason at home against Yakima on Monday, Sept 3. That best of three series will continue on Tuesday and Wednesday (if necessary) in Yakima with the winner advancing to the league championship series over the weekend.

Iowa – Iowa lost a road contest 4-3.
Tennessee – Tennessee rallied back to .500 on their (next to) final home game of the season. The Smokies won this one by a score of 5-3.
Daytona – Brett, I think we need to launch a Bleacher Nation Umbrella franchise in Daytona. The Cubs were… again… rained out. They will attempt the doubleheader today; I’m not optimistic.
Peoria – A four run fourth inning carried Peoria to the 7-3 win.
Boise – The division champion and playoff bound Boise Hawks had Monday off. So far as I know, they managed to travel back home to Idaho without any mechanical incidents. That’s progress!
Arizona – A three run homer was all Arizona needed to win this one 3-1.