The Peoria Chiefs Are Now Officially Affiliated with the St. Louis Cardinals Skip to content 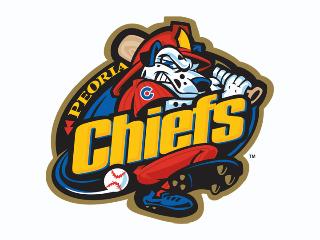 The Peoria Chiefs are the Chicago Cubs’ Low-A affiliate no more.

We’ve known for some time that the Cubs were expected to change their affiliation from downstate Peoria to just-outside-of-Chicago Kane County, but we’ve been waiting on some official movement (things could have been delayed since the two sides let the word leak sooner than was permitted). Well, here it is, from the Peoria Chiefs:

The Peoria Chiefs and St. Louis Cardinals have announced that the two clubs have reached a four-year PDC agreement which reunites the former affiliation partners. The Chiefs were a Cardinals affiliate from 1995 to 2004 making the playoffs four times and winning their lone Midwest League Championship in 2002. The two organizations will hold a press conference on the agreement on Tuesday, September 25 at Peoria Chiefs Stadium. Details of the press conference, including the start time, will follow later in the week.

“This is a great day for baseball in Peoria and Central Illinois,” said Chiefs President Rocky Vonachen. “We are thrilled to bring the color red back to the ballpark with one of the greatest organizations and fan bases in baseball. We hope that with all the great young talent the Cardinals have produced the last few seasons to bring another MWL Championship to Peoria as they continue to bring World Series trophies to St. Louis.”

The two organizations have a history together, and the geography, I’m sure, was also very attractive. I hate the Cardinals and all that, but I’m glad that the Chiefs were able to secure what I think will be a very positive affiliation for them.

I would expect a formal announcement on the Cubs and Kane County to be forthcoming soon.