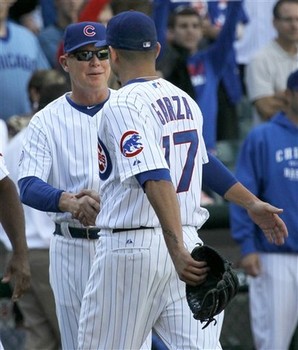 So, here’s where things stand standings-wise: the Cubs are two games worse than Rockies with three games to play. Because the Cubs hold the tie-breaker, the only way the Cubs could not finish with the second worst record is if they sweep the Astros, while the Rockies are swept by the Diamondbacks. In other words, the Cubs’ “magic number” (in reverse) is just one. If you fancy yourself a mathlete, even if you think the Cubs have an 80% chance of beating the Astros on a given day (I’m being generous), and even if you think the Diamondbacks have an 80% chance of beating the Rockies on a given day (again, generous), there’s still only a 26% chance that the dual sweeps happen in a way that hurts the Cubs.