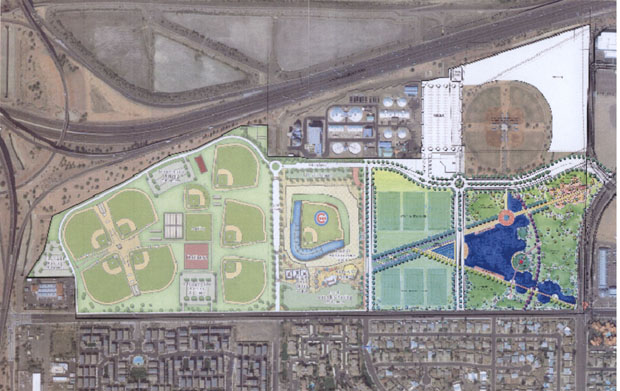 While the Chicago Cubs continue to hope for funding assistance to renovate Wrigley Field, funding help to build a new stadium and new training facilities for Spring Training is continuing apace in Mesa, Arizona.

Among the latest newsworthy bits …