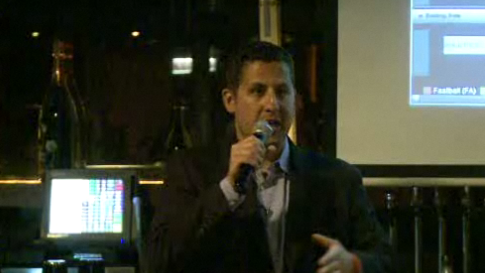 Rehman was a big-time up-and-comer with the Diamondbacks organization when the Cubs yoinked him back in November. His star remains on the rise, and, from the look of this promotion, the Cubs count themselves as lucky to have him.

Does the move mean Randy Bush is on his way out eventually? Not necessarily – many front offices operate with multiple assistant GMs, including (if I remember correctly) Theo’s Boston front office. That said, bringing in Rehman, letting him work as an assistant to the GM for a year while the front office assimilates Randy Bush’s contacts, relationships, and knowledge, and then promoting Rehman while letting Bush go would certainly fit the M.O. of the past 12 months.

We’ll see how it plays out, but I continue to be of the opinion that the more minds in the front office, the better.

If nothing else, the promotion should put an end to the ‘Office’-inspired “assistant to the regional manager” jokes.