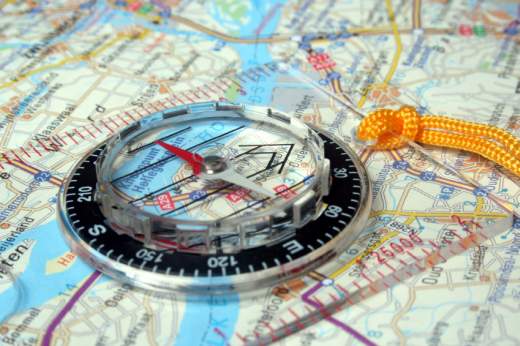 With the Giants’ World Series win last night, the offseason is upon us. Given that the offseason is always a critical time (particularly for the Cubs, right? “next year” and all that), I thought it worth laying out a roadmap of the important dates, deadlines, and time lines on things over the next few months. Some of the dates are considerably different this year, thanks to changes in the CBA.

October 29 – As soon as the World Series ends, players eligible for free agency become free agents. Shawn Camp is the Cubs’ only free agent (which is pretty amazing), and Theo Epstein has suggested the Cubs would like to re-sign him. That said, are they going to re-sign him during this five day window? I strongly doubt it – with apologies to Dale Sveum’s MVP, Camp is not likely to be such a highly sought after commodity that he needs to be signed (and take up a 40-man roster spot) immediately. That can wait until after the turn of the calendar.

October 29 to November 2 – Although players are immediately free agents, they cannot sign with a new team for five days. So, although there can be some negotiation (this is new this year, so I could have some of the details mistaken – the five day period used to be an exclusive negotiating window for the players’ current team (UPDATE: most sources say it’s still an exclusive negotiating window for the former team)), but no new contracts inked. At the end of that five-day window, teams must also make decisions on whether make a “qualifying offer” to free agents – in short, in order to receive draft pick compensation should a free agent sign with a new team, his former team must first offer him a one-year deal worth the average of the top 125 salaries in MLB from the previous year. The qualifying offer amount is expected to be around $13.5 million this year. If a player receives a qualifying offer, he can accept it, negotiate a different deal with his former team, or sign with another team, which team would lose its first round pick in the 2013 Draft (unless their first pick is in the first 10 selections, in which case they lose their second round pick).

Approximately November 2 to March 2013 – The “Offseason.” The “Hot Stove.” The “Lukewarm Stove.” Whatever you want to call it, this is the period where a team’s roster is built for the subsequent year via free agency, trades, minor league decisions, etc.

November 9 – Players must decide whether to accept the qualifying offer by this date. It’s fair to guess that big-time free agency won’t really get going until after this date, on the early side.

November 7 to November 11? – This is when the Chicago Cubs’ Organizational Meetings were going to take place last year before Theo Epstein decided it was too soon with the new front office (he moved the meetings to February). I’m assuming this year’s meetings will be around this time, as it makes more sense to have the meetings before the offseason than after it. Whenever they happen, the meetings will be, among other things, a time for the organization to conduct a hyper-focused sit down on what the offseason is going to look like, what organizational moves need to be made on the player development and coaching/scouting side (though they’ve done a lot of the latter already), etc.

November 12 to November 15 – The various MLB awards are announced. I don’t think you’ll have to concern yourself with these dates too closely this year. (Gold Gloves aren’t technically an MLB award, and they come earlier in the month.)

November 20 – A team’s 40-man roster must be set for the purposes of the Rule 5 Draft (i.e., players already in the organization that the team would like to protect must be added by this date). As we’ve seen over the past week, the Cubs are deep in the process of purging guys from the 40-man roster, which process will continue. From there, the Cubs will decide on a few young players to add to the 40-man so that they cannot be selected in the Rule 5 Draft, about which, more below.

November 30 – Deadline for tendering contracts to arbitration-eligible players (i.e., generally-speaking, players with three or more  years of service time, but fewer than six years of service time). This will include guys like Matt Garza, Jeff Samardzija, Luis Valbuena, James Russell, and Ian Stewart. Note that tendering a contract to these players is optional.

December 3 to December 6 – The Winter Meetings. The gist: MLB executives, agents, and players (as necessary) get together in Nashville for a week. The Winter Meetings are a notable source of rumors, signings, trades, etc. While not all of the big offseason moves go down at the Meetings, the groundwork for those moves is frequently laid at the Meetings. In short, it’s an exciting time for folks who love rumors – like a mini version of the trade deadline, but spread out over four days. (No, I will not be having a 96-hour blogathon.)

December 6 – The Rule Five Draft. The gist: players who’ve been in an organization’s system for a while (several years) without yet reaching the 40-man roster are eligible to be selected by other teams for a small fee, placed on that team’s 25-man roster, and then kept for good if the player can stick on the 25-man roster for almost all of the subsequent season. Last year, the Cubs took Lendy Castillo in the Rule 5 Draft, and lost Marwin Gonzalez and Ryan Flaherty.

Approximately December 15 to January 31, 2013 – This is about the time that the Cubs will be sending out non-roster invitations to 2012 Spring Training. The invitations go to prospects and players in the Cubs’ system who’ve not yet been placed on the 40-man roster, as well as veterans who are looking for a 2013 job, but have to “prove it.”

Approximately January 2 to January 31, 2013 – This is approximately when teams and players will submit arbitration requests (each side picks a number – we’ll have more on those details when the dates approach), and then hearings will be set, if necessary, for early February.

January 18 to January 20, 2013 – The Cubs Convention. Fans will get a chance to see, meet, and hear from Cubs players, coaches and management, and the Cubs frequently like to use the Convention as an opportunity to introduce a big offseason acquisition to the fans. The Convention will also be an opportunity to hang out with me, which I know is what you’re really excited about.