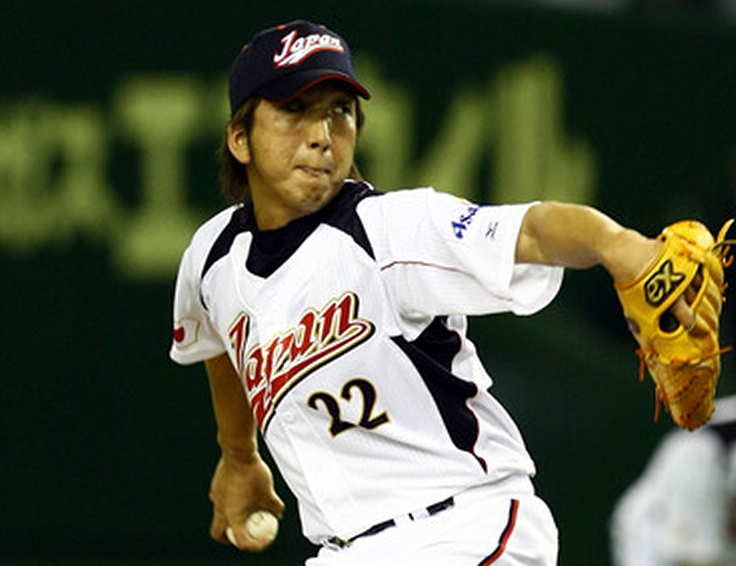 Another busy day during the hot stove season. I love it.

You may recall that two weeks ago, the Chicago Cubs hosted free agent Japanese pitcher Kyuji Fujikawa in Chicago, presumably because they were interested in signing the 32-year-old reliever. He was on something of a tour of the States at that time, and visited with a variety of teams.

Well, according to L.A. Times writer Mike DiGiovanna, Fujikawa must have liked what he saw. Per DiGiovanna: “Word out of Japan is the reliever Kyuji Fujikawa prefers to pitch for Angels or Cubs but hasn’t ruled out Diamondbacks.”

Japanese players frequently prefer to play on the West Coast for proximity reasons, so the Cubs’ inclusion is not merely one of convenience. Like I said, he must have liked what the Cubs had to say.

Perhaps it is because, as DiGiovanna adds, “Cubs could offer Fujikawa closing job but probably won’t contend. Kyuji wouldn’t close for Angels but would be on probable contender.”

Strictly-speaking, Fujikawa wouldn’t come to the Cubs as the closer – that job currently (if nominally) belongs to Carlos Marmol, who remains under contract through 2013 for $9.8 million. But, as we saw a few weeks ago in the failed Dan Haren trade, the Cubs are plenty willing to move Marmol, and remain likely to do so at some point this offseason. From there, Fujikawa would be an obvious choice to fill the closer void.

While we wait on more information about Fujikawa’s decision, you may want to peruse the original post on the Cubs’ pursuit, which will refresh your memory on Fujikawa’s background and value. A selection:

On the other hand, the international market remains an area where teams with extra cash can try and find undervalued assets, so perhaps that’s the most appropriate lens through which view the pursuit of a player like Fujikawa.