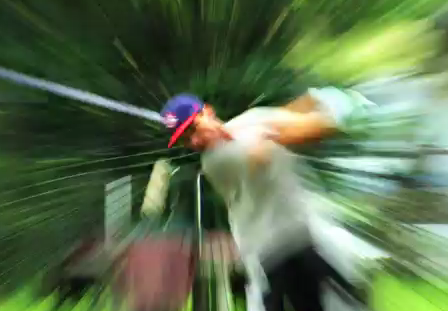 Happy Winter Meetings everyone. It may not be a traditional holiday, but it is certainly a major event on the baseball calendar. If it is a holiday, it is definitely a working one for those of us who cover baseball. For me, the Winter Meetings are second only to the week of the draft in terms of total time invested… and I’m just the minor league guy. I can only imagine the hours Brett is putting in this week.

I seem to be on a run of higher tier prospects in recent Prospects’ Progress editions, and today will definitely continue that trend. Albert Almora, the jewel of the Cubs 2012 draft, is today’s position player. Since the Winter Meetings tend to be more about the immediate future than more distant future, I think we will look at a pitcher who could easily factor into the Cubs’ plans next season. Brooks Raley may not be a household name, but he could be a name we hear a lot once spring training starts.

Would you believe that this is the 14th edition of Prospects’ Progress? That means we’re up to 28 covered players and still counting. Some of those players were top prospects (like Almora), but that is not the point of this feature. The top prospect rankings are coming next year, but for now we are just looking at the improvements made by various players in the farm system.

In a farm system lacking lefty pitchers in the high minors, Brooks Raley has quietly gone about his business. He does not over power hitters and pile up strikeouts, nor does does he leave scouts in awe with dazzling stuff (although his curve is probably one of the best in the farm system). He is, however, a fairly effective starting pitcher who might just be on the doorstep of taking a slot at the back of the Chicago rotation.

But there are still areas of concern. There is a lot to like here (provided you don’t expect too much), but it comes with some risk.

First of all, he made it to the majors for the first time this summer. I love seeing prospects get that final promotion, even if the first experience at the highest level is somewhat unpleasant. Raley’s cup of coffee qualifies as somewhat unpleasant. He survived 24.1 innings over 5 starts and compiled an ERA of 8.14 thanks in part to the seven home runs he gave up. Anytime a pitcher has an HR/9 of 2.59, the results are going to be ugly.

But that’s not Raley. Historically, Raley holds an HR/9 less than half that. In fact, he’s usually more of a ground ball pitcher than anything else. His career GO/AO of 1.32 in the minors (and 1.52 in Iowa) is a stark contrast from his major league ratio of 0.75. Somehow, when he got to Chicago, he stopped being a solid ground ball pitcher and became a fly ball pitcher who served up homers at a horrifying rate. When he was promoted I was more concerned by his 3.1 BB/9 in Iowa than his was his HR/9.

Then again, not all his numbers exactly promote the idea that he is a success waiting to happen. Hitters’ BABIP against him in Chicago (.317) was actually lower than it was in Iowa (.321) earlier in the season. His 2012 BABIP in 8 starts for Tennessee was .296; that is still higher than I’d ideally like to see it. And while his Chicago FIP suggests he was not as bad as his ERA suggests, that FIP is still 6.88.

Keep in mind, though, that this is the same guy who has been a ground ball pitchers with a high quality curve for much of his career. In theory, a left handed ground ball pitcher should do fairly well in Wrigley. And Raley has been projected as high as a No 3 starter. It is too early to give up on him, but he will be 25 next year. The clocking is definitely ticking.

I’d like to see him get at least another dozen or so starts in the majors. If he can get that GO/AO north of 1.3 and keep the HR/9 under 1.2 or so, he will at worst keep the Cubs in a lot of games. If he can do that while eating up 200 innings a year, he could have a home at the back of the rotation.

Unfortunately, I don’t see him as a potential No 3 starter any more, and the back of the Cubs rotation is an increasingly crowded place to be. I would not count Raley out, but he needs to have a fantastic 2013 if he is going to have a future in the Cubs rotation. I’m starting to suspect a move to the bullpen may be in his future.

The Cubs entered the 2012 draft determined to walk away with Almora, and that is exactly what they did. They liked the tools, the polish, the international experience, the character, and they made Almora the center piece of a very strong draft class.

Now, what exactly did the Cubs get? We know the scouts already love this guy, but the scouts have loved a lot of players who went nowhere. Is Almora any different? If we look past the high rankings and flashy tools, what do we find?

In 33 games between Arizona and Boise, Almora had 145 plate appearances… and walked twice. Twice. And both of those were with Arizona. Granted he only struck out 13 times (more on that in a minute), but two walks in over a month of games is really, really low. Worryingly low, in fact. The Cubs farm system is supposed to be teaching the importance of working the count and getting on base, and we have seen the likely result of that focus with the improvements made by various players (Josh Vitters, for example). In that context, Almora’s inability to draw a walk is startling.

On the other hand, he did hit .321 for the year (.292 with Boise) and only struck out 13 times (5 Ks in 65 PA in Boise). A high average and insanely low K% often means the hitter is simply not being challenged. It could be he never needed to take pitches because he could square up many of the pitches he saw. Seen in that light, his lack of walks is not a problem so much as an indicator of a player who is just more advanced than his league.

Before we start feeling too positive, though, recall that just a few years ago that very same argument was being applied to Josh Vitters. Whether we like it or not, Almora’s lack of walks in 2012 is a red flag. For now it is a small red flag, but it stands out on an otherwise excellent report card. We don’t have enough data to say for sure that he is a pure hacker with no patience, but that possibility is on the table. Coaching can correct that tendency (if he has it) to some extent; ultimately, time will tell.

I am still extremely high on Almora, but that optimism comes with a lot of uneasiness. I can see the tools that are earning him high placements in baseball wide Top 100 Prospects lists, but I can also see two walks in 145 PAs.

Almora will be somewhere in my top three when I rank the Cubs’ prospects next year, but I don’t know yet where he will fall in the top three.

I think the Cubs will move Almora up to Kane County to begin the 2013 season, but I doubt they will push him very far beyond that. There are some suggestions that he has the ability to move up the system very quickly, and I would not rule that possibility out. I’ll go so far as to give him a slim chance to reach Tennessee for a few games at the very end of the season. By far the most likely scenario, though, keeps Almora playing in the suburbs of Chicago all summer long.

I sincerely hope Almora is in Kane County for Opening Day, that he steps to the plate five times in that first contest, and that he draws five walks on 40+ pitches. I will feel much, much better about his chances to reach his ceiling if something of that kind happens. I am afraid, though, that this time next year we will be looking at a BB% under 2.5% and will be wondering when, or if, he will start to turn that around. Despite that area of concern, his upside is right there with some of the best prospects in the minors. He could hit for both power and average, steal more than his fair share of bases, and play plus defense in center field. Based on his tools, he appears to have regular All-Star potential.

Unfortunately, there is more to this game than just having the raw tools. It is hard to reach the majors and even small flaws can significantly impact a career. With Almora we have a guy who has shown that small flaw right away. Here’s hoping he can make it disappear even faster during the 2013 season.