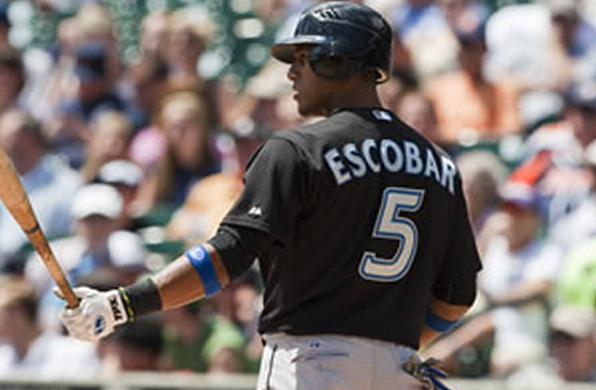 Today opened with a rumor connecting Yunel Escobar to the Cubs, and it’s ending with Escobar traded … to the Rays. Now that’s the Winter Meetings.

Per multiple reports, initially from Danny Knobler, Escobar – and his extremely Tampa Bay-friendly contract – is headed to the Rays in exchange for infield prospect Derek Dietrich, a top 10/15 prospect in the Rays’ system. It’s unclear if there is more coming to the Marlins in the deal, but, if not, it’s clear that Escobar’s down 2012 season, coupled with his off-the-field-issues, depressed his price.

And, so it was that he was dealt to the Rays, rather than the Cubs. Given everything that comes with Escobar, I’m pretty ambivalent to the non-move. It’s fine.