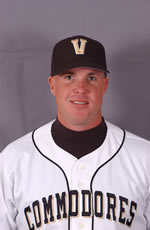 Today the Cubs officially announced their slate of managers, coaches, and coordinators for the upcoming 2013 minor league season. We’ve intermittently heard about a number of the changes in a piecemeal fashion, but today it’s all official, and there are a few new names.

For your managers, Marty Pevey takes over at AAA Iowa after three years as the Cubs’ catching coordinator. He managed at A-ball Peoria back in 2009, so he might see some familiar faces this year. Buddy Bailey returns to manage AA Tennessee, and Bobby Mitchell returns to manage the rookie ball team in Mesa. At High-A Daytona, Dave Keller takes over as manager after serving as Iowa’s hitting coach (and Brian Harper trades places with him, heading out from the Daytona managerial chair to become the hitting coach at Iowa). Mark Johnson will manage at A-ball Kane County (formerly Peoria), moving up from Boise, who will be managed by Gary Van Tol. The latter had been a volunteer coach with the Hawks for the last five years, so that’s a pretty cool hiring right there.

As for the coaching staffs, Bill Buckner stays on as the hitting coach at Boise, where his work was well regarded. Mariano Duncan moves to Daytona to be the hitting coach after a couple years in the same position with Tennessee. Ron Villone will be the pitching coach for Kane County, and newly-hired Storm Davis will be the pitching coach at Daytona. Davis comes over from the Rangers’ organization.

You can see the full slate of managerial and coaching hires/moves here in the official press release.

The Cubs also announced their minor league coordinators, about which we’ve already heard a fair bit. The three new big hires were pitching coordinator Derek Johnson, who is something of a white whale in coaching circles, coming from a Vanderbilt program that has developed young pitchers as well as any other, minor league field coordinator Tim Cossins, who spent the last 10 years as a highly-regarded coach in the Marlins organization, and hitting coordinator Anthony Iapoce, an up-and-comer making his way over from the Blue Jays organization.

Here’s the official press release on the coordinators.

As we discuss and observe the rebuild (and the “process” of the rebuild), it’s worthwhile keep these lesser-known moves in mind. There’s a lot going on behind the scenes to which we simply don’t have a lot of visibility. It doesn’t mean the front office isn’t hard at work making meaningful improvements.