The Financial Particulars on Chang-Yong Lim's Contract with the Cubs, and a Lesson on Split Contracts Skip to content 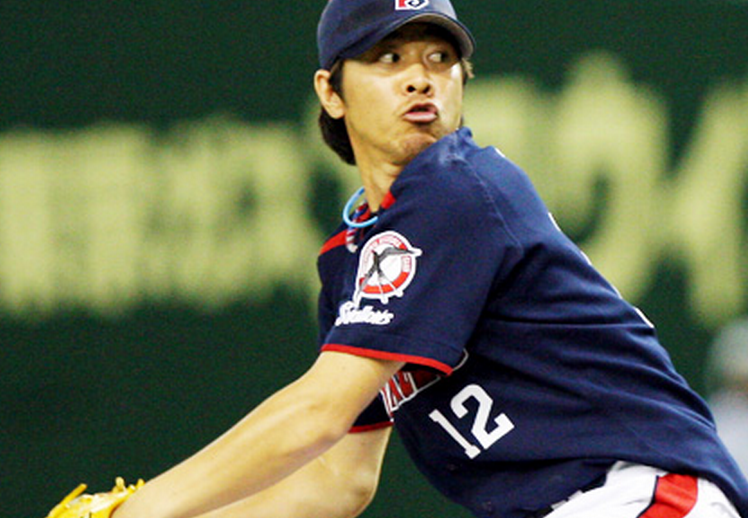 In case you hadn’t noticed, I’ve become very reluctant to bash traditional media members for making a mistake or saying something stupid. When you produce the volume of words that they do on a weekly basis, it’s bound to happen occasionally (I make mistakes and say stupid things all the time). I think being a journalist is both difficult and important, and I’m not about to start slapping anyone around from a high horse that I’ve never earned. So, the rule I’ve self-imposed is this: I’ll point out and correct/address/discuss mistakes only to the extent that doing so serves the purpose of helping us properly understand something about baseball/business/media/whatever. I’m not going to rip just to rip.

With that ethos in mind, Phil Rogers recently reported the signing of Korean reliever Chang-Yong Lim as follows:

The Chicago Cubs’ agreement to sign Korean reliever Chang-Yong Lim has been finalized. It is a two-year, split contract, with a much lesser commitment than was originally reported.

Reports from Korea said it was worth $5 million but a Cubs source said Lim signed for $100,000 and will receive minor-league salaries for up to two seasons.

The whole purpose of this portion of his piece is to say, effectively, “pfft, those early reports of $5 million for Lim were totally off base, as the real number was far lower, and I just figured that out for you, reader.”

Given that definition, it seems more than likely that the total possible value of the Major League portion of Lim’s deal is $5 million, as originally reported. It could very well be true that the $5 million report is completely erroneous because the Major League portion of his split is for $2 million. Or $1 million. Or whatever. But, if that’s what your reporting uncovered, then say that. Don’t say the original reports are bunk because Lim’s actually just getting a $100,000 signing bonus and minor league pay. It suggests a fundamental misunderstanding of the nature of the very split contract that you just said he signed.

So, what do we know for certain about Lim’s deal at this point?

Lim is getting a $100,000 signing bonus, and then Minor League payments after that. Minor League pay is a range, depending on your service time and what level you’re playing at, but it’s generally around $1500 to $3000 per month for the months in which you play. Yeah, Minor Leaguers are *not* well-paid.

When he does make the big league club, he’ll be making more than the Major League minimum, but we’re not yet sure what his contract rate is. I suspect it’s something in the range of $5 million, depending on how quickly he makes the big league club. If I had to guess, $5 million is the absolute maximum he can make, and that’s why he used that figure when he spoke to Korean reporters. Odds are he makes far less than that, if he makes the big club at all.

Indeed, the “reports from Korea” that Rogers dismisses? Well, they address this very issue, and their source is Lim, himself. They do not say that the deal is “worth $5 million.” They say the deal is worth up to $5 million:

Lim, 36, left for the U.S. Thursday to sign the two-year contract. He said the deal is a split contract worth up to US$5 million, with different salary rates for the time he spends in the majors compared to while he is in the minors.