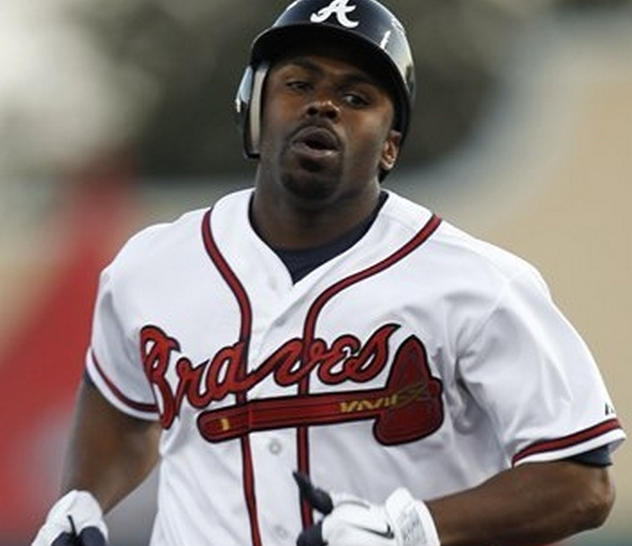 Last night, Theo Epstein hopped on the radio in Boston and discussed, among other things, the difficult decision teams face when pursuing free agents who’ve received a qualifying offer, and thus present the loss of a draft pick in order to sign.

We discussed that issue a bit in the morning yesterday, and adding to that discussion about the unintended effect the changes to draft pick compensation and draft bonus pools are having on free agents who received a qualifying offer, FanGraphs’ Dave Cameron looks at the value of certain draft picks, and pairs that value with the expected value a certain free agent might provided, leaving him with a reasonable contract offer. The exercise proves to be a little painful for someone like Kyle Lohse, who looks to be “worth” only about two years and $20 million or three years and $24 million once the draft pick is factored in. He can’t be very happy.

I thought it might be interesting to perform the same exercise for Michael Bourn – using the back of a napkin – and the number 40/41/42 pick, approximately where the Cubs’ second round pick in 2013 will fall, which would be lost if the Cubs signed Bourn.

First, let’s calculate the value of the second round pick. That pick is projected to be worth about 3.5 WAR according to the FanGraphs piece, which gives it a value of about $19.25 million (using a win value of $5.5 million).

So, how does the value of the lost pick impact what Bourn could expect to receive from a team like the Cubs?

This exercise makes me feel pretty good about my from-the-hip cap on what I’d like to see the Cubs offer (if they’re going to make an offer at all, something about which I’m relatively ambivalent). I said I’d want the Cubs to go no higher than four years and $50 to $60 million, and now I’ll stand by that. I wouldn’t want the Cubs to sign Bourn unless they were getting some surplus value on paper, and a four-year deal in that range would do it.

And they might be able to pull it off – remember, the Cubs’ lost pick (number 40/41/42) is worth a whole lot less than a pick in the first round, which, for a team with an unprotected first round pick, thus “subtracts” a more sizable chunk from the theoretical contract that team should be willing to offer Bourn.

This is all theoretical. Teams have a great many factors to consider when piecing together a roster. It isn’t all just dollars, or worse, flimsy projections of value.

Included in those factors? Would a team like the Cubs even want Bourn to begin with? Should they?