Heading to the Convention: My Plans, Meeting Up, and Coverage This Weekend Skip to content 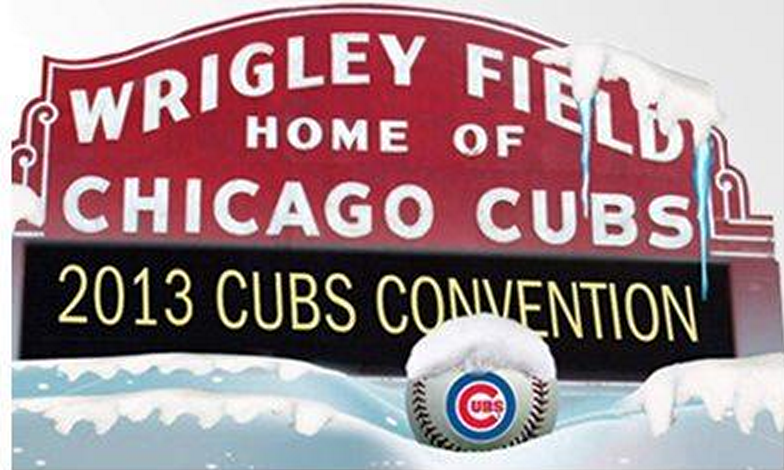 For reasons known only to the last September version of myself, my flight tomorrow morning leaves at 6:20am ET. I can only assume that there was some kind of drastic price difference between that flight and later in the morning, otherwise I curse September Brett.

That is to say, I’m going to sleep, and then I’m heading to Chicago for the Cubs Convention.

You can expect lighter posting tomorrow throughout the day, but I’ll likely have something up tomorrow night as I take in the Opening Ceremonies of the Cubs Convention. Obviously if news or a significant rumor breaks, I’ll have it up as soon as I can – but you’re advised to follow me on Twitter if you’re able, because that’s where a whole lot of the CubsCon content will pop up first.

The sessions that are likeliest to produce news are on Saturday, and I’ll have material up for those as soon as possible. The big one, I anticipate, will be a Wrigley renovation announcement.

I’ll do my best to make your reading experience as “normal” as possible over the next three days. I’m likely to be running all around all weekend, so it’s more likely that the majority of CubsCon-related material will come on Sunday or Monday. And I can say for certain that I won’t be around in the comments as much.

If I get really bold, I’ll try to do constantly-updating live threads for each of the CubsCon days, but I don’t want to over-promise and under-deliver.

If you’re going to be in town and/or at the Convention, I’d love to meet up. A group of us – including podcast-mate Sahadev Sharma – will be hanging out on Friday after the Opening Ceremonies (which officially go from 5pm CT to 7pm CT) at the bar at the Sheraton, which is apparently called ChiBar. I anticipate being there for a couple hours, before heading out to a less hotel-y bar, Lizzie McNeill’s, which is across the street from the Sheraton (we decided to stay closer to the hotel, so that’s why Timothy O’Toole’s was cut). I’ll keep folks posted here and on Twitter when I head from ChiBar to Lizzie McNeill’s.

On Saturday, I’m planning to stick to the hotel bar, and then see where the evening takes me. Again, I’ll keep folks updated if you’re wanting to meet up. I’m really not that cool, but I like to meet folks from around here.

If you see me at the Convention, don’t hesitate to say hey. I’ll probably be wearing one of my Bleacher Nation shirts (I’ve got a blue one, a maroon one, and a red one) and my fancy shoes: If someone’s snapping a picture, I’m virtually guaranteed to look like that.

If you’re coming to the Convention and planning to meet up, drop some thoughts in the comments. That way we’ll all know who to be looking for.