The Scott Hairston Deal Still Isn't Final, But Looks to Be $5 Million Over Two Years (Plus $1M in Incentives) Skip to content 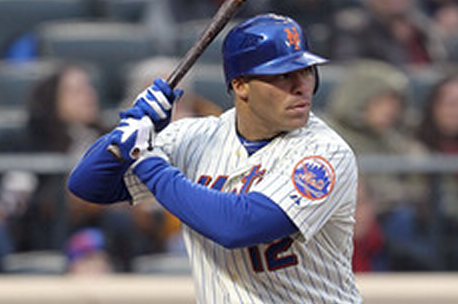 We’re still waiting on the Chicago Cubs to open up the necessary roster spot to finalize the Scott Hairston signing, but here’s a little tidbit while we wait. Bruce Levine previously reported that the contract was going to be two years and up to $6 million, depending on incentives, but we didn’t yet know the deets.

Jon Heyman today confirmed Levine’s numbers, and added the final tallies: it’s $5 million guaranteed, and $1 million in incentives. Notice how many of the Cubs’ contracts in the last 15 months have included incentives? I’m a big fan.

As for the Hairston deal, specifically, I think it’s a freaking steal. As it stands, Hairston is a borderline starter in the outfield, and he’s being paid like a pretty decent fourth outfielder. Given that, when he’s used in equal portions against lefties and righties, Hairston can put up numbers comparable to Alfonso Soriano, it isn’t at all inconceivable that the Cubs could have netted some surplus value in that contract right there. That means, if the Cubs do view Hairston as a possible flippable asset, he could net them a prospect at the deadline (if he’s performing well) even if they don’t eat a ton of salary. And if they do eat salary, maybe they net a decent prospect. (Remember: Jeff Baker got the Cubs an actual, legitimate pitching prospect in Marcelo Carreno.)

And if the Cubs don’t look to deal Hairston, or if he fails to perform like he did last year, the downside risk here is extremely small.

Hairston isn’t the difference between competing and not competing, and two years and $5 million doesn’t really change the budget in one direction or the other, but this is just a great deal. Early in the offseason, I suggested that the Cubs might wait out the crowded outfield market, and let one of the guys still looking for a job in January/February fall into their lap. Well, it’s possible he just did.