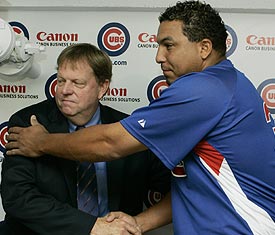 Reason number one I’m glad the Super Bowl is over? Writers can stop declaring that Colin Kaepernick was almost a Cub like they were the first person in the world to look at his draft history. Mooney wrote it first. Respect.

Reason number two I’m glad the Super Bowl is over? Pitchers and catchers report in less than a week.