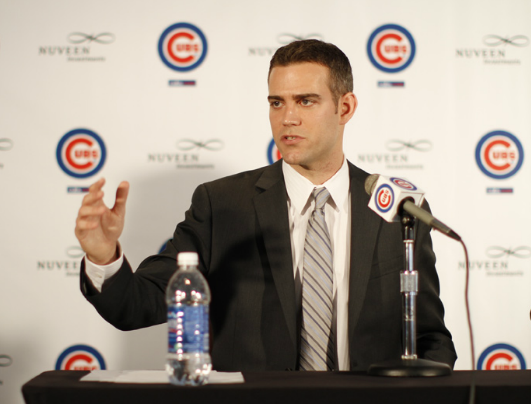 Dave Kaplan had a sit-down with Chicago Cubs President of Baseball Operations Theo Epstein this week, and, as usual, Theo said some impressive things. It’s hard not to feel comforted about the progress of the organization – well, if you weren’t plenty comfortable already.

Among Theo’s comments to Kaplan and my thoughts …

There’s quite a bit more in Kap’s piece, as well as a video. Check it out if you just can’t get enough Theo.