The Cubs' Sixth Starter is ... Drew Carpenter? Skip to content 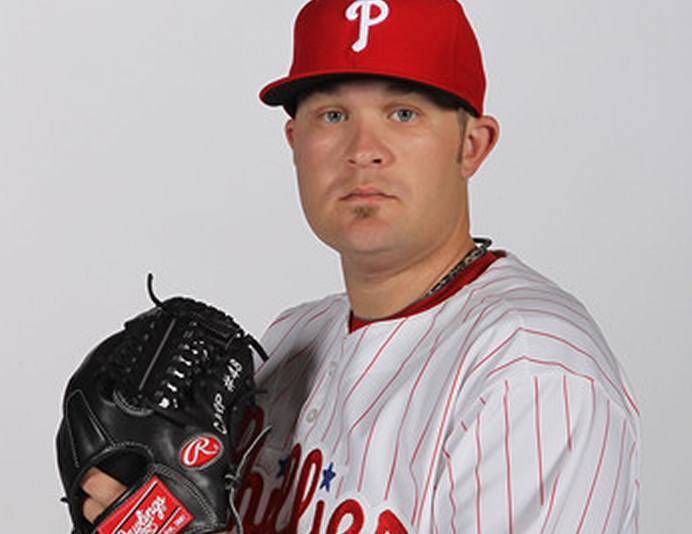 Chicago Cubs manager Dale Sveum said something interesting earlier this week when asked about the depth of his rotation in light of the delayed start to the season for Matt Garza and Scott Baker.

Essentially, Sveum was asked, if Garza and Baker are out, and if Travis Wood and Carlos Villanueva are his fourth and fifth starters, who would his sixth starter be. Instead of going with guys like Brooks Raley, Chris Rusin, or Alberto Cabrera, Sveum offered non-roster invitee, Drew Carpenter.

“Carpenter would be first in line, really,” Sveum said of the rotational pecking order after the obvious seven starters, per the Tribune.

It’s interesting not only that Carpenter is next in line, but also that he’s being considered as a starter at all. Here were my initial thoughts back when he signed with the Cubs on a minor league deal in December:

Carpenter, 27, is a big reliever who broke into the bigs with the Phillies as a 23-year-old back in 2008. From there, he never really got a chance to stick in the bigs before doing the wavier wire shuffle for the last couple years. In that regard, he is the consummate Spring Training invite, where he’ll compete for a bullpen spot.

Carpenter hasn’t been a full-time starter since 2010, although he has made some starts in the minors in the last couple years (without a great deal of success). Perhaps the Cubs think they see something in Carpenter’s approach that they can utilize to help him succeed as a starter this year. He’s not likely to make the Cubs out of Spring Training, so it’s a fair assumption that they’re penciling him into the Iowa rotation, which already has the potential to be quite crowded. In other words, I don’t see the Cubs sending Carpenter down to start at Iowa unless they believe he can actually be a better emergency starter guy than the Justin Germano/Jason Berken types they picked up late last year (and better than whomever he would displace in the Iowa rotation). Otherwise, they’d just let him focus on being a quality reliever in Iowa.

Let’s hope the Cubs suffer no additional injuries in the rotation, and this remains a completely academic discussion.