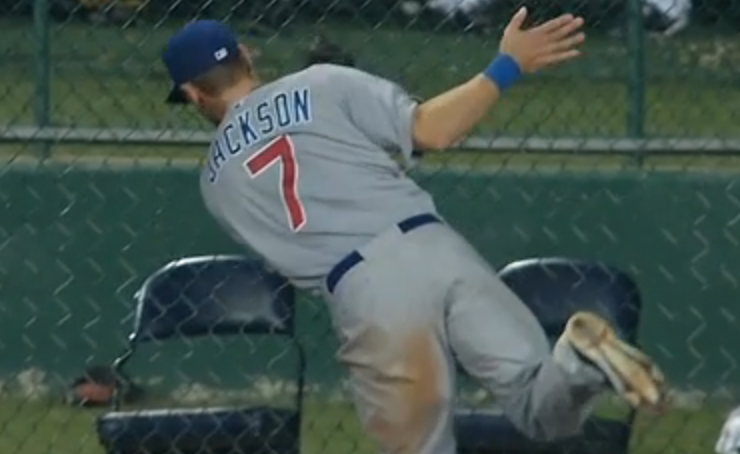 Chicago Cubs outfield prospect Brett Jackson was always headed to AAA Iowa to start the year, so his latest injury issue doesn’t really have any impact there. The injury, a sore throwing shoulder, isn’t believed to be terribly serious, but an MRI did reveal some inflammation. For that reason, Jackson will be shut down for a week, though he is still able to do pretty much everything except throwing.

The hope is that Jackson’s revamped swing will allow him to cut down on his strikeout rate enough to be a viable starter in the bigs (because he’s got everything else you want). If he demonstrates that by mid-season, you can expect that he’ll be a starter in the second half, taking over for whichever outfielder is traded by then.

Another ongoing injury to update: Ian Stewart was supposed to play in another minor league game yesterday, but elected not to play. That has an ugly sound to it, but I would imagine the Cubs gave him the option of playing, or doing rehab activities if he was feeling soreness in his quad. He could get back into a minor league game today, but there still isn’t a schedule for him to return to Cactus League action. It could happen in a day or two, or a week. In these minor league games, he’s essentially just hitting and jogging.