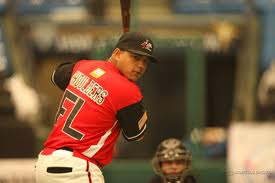 I don’t feel too bad about that, though, since the Shoulders One Man Wrecking Crew was not available on video anyway. Nor was Soler’s Florida State Batting Practice. One of these days I really hope all the Cub franchises are hooked into the internet streaming video service. There is just too much awesomeness happening outside of Chicago, Iowa, and Tennessee that we can’t watch. I want to see all the baseball.

And I don’t want to see wallpaper ever again.

Iowa –
Friday – The Cubs turned a strong start from Loux into a 5-0 win.
Saturday – Despite outhitting the Redbirds, Iowa fell 8-5.
Sunday – This was a nail biter, but Iowa came up short 1-0.

Tennessee –
Friday – The Smokies scored five times in the first and rolled to an easy 8-1 win.
Saturday – The Smokies pounded out 13 hits in this 11-4 blowout win.
Sunday – It went eleven innings, but Tennessee lost 9-6.

Daytona –
Friday – The Cubs fell behind early and never recovered. They lost 8-3.
Saturday – They tied it the seventh but lost it in the ninth. The final was 6-4.
Sunday – Daytona manged just two hits in this one. The ugly final was 9-1.

Kane County –
Friday – This game was rained out.
Saturday – The Cougars won Game One of the doubleheader 7-3, and followed that up with a 4-3 win in the nightcap.
Sunday – A 7-6 win finished off a great weekend for Kane County.