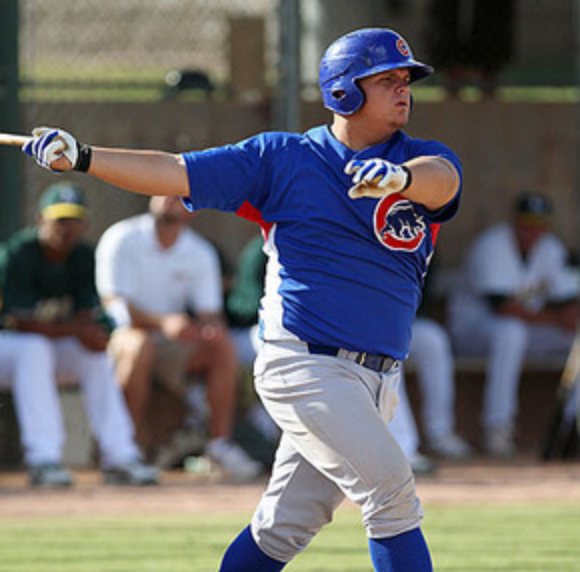 One factor often ignored in the ongoing DH in the NL debate is the status of DH’ing in the minors. Many, not all, but many of the minor league leagues use the DH. Many pitchers in National League farm systems do not see live pitching in games. This could lead to somewhat of a chicken-egg problem. Are NL pitchers bad at hitting because they are bad, or are they bad at hitting because they do not practice it consistently while they are in the minors?

From my perspective, the answer is a nice meaty omelet. Regardless which way the causal arrow points, the DH needs to arrive in every professional league. I prefer the game without it, but that’s a small thing on which to make a decision. Minor league games featuring the DH are not significantly less fun to watch than minor league games without the DH, so I am fairly confident the upside outweighs the costs.

Besides, every once in awhile I let my rationality go and start imagine a lineup in Wrigley that features Rizzo and Soler and Shoulders and Vogelbach and Candelario. That is not likely to happen (though it makes a great daydream), but it simply can’t happen at all until the DH makes it to the NL.

Iowa – The Cubs suffered from a chronic lack of offense in this 4-1 loss.
Tennessee – The Smokies gave up three runs in the ninth and lost 4-3.
Daytona – The big bats went silent and Daytona was shut out 3-0.
Kane County – Rain caused a postponement in Peoria. Kane County will make up this game as part of a doubleheader on May 16.