Cubs Minor League Daily: How About That Pitching? Skip to content 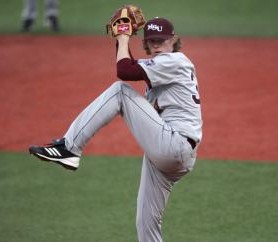 For a time pitchers up and down the organization seemed to be struggling. Lately, though, that has changed dramatically. Kyle Hendricks tossed an absolute gem the other night, and Zach Cates nearly matched him a day later. Yesterday the Cubs saw some quality pitching from every starter at every level in the organization. Matt Garza, rehabbing in Tennessee, might have had the worst outing of any of the starting pitchers in the farm system.

Development of the hitters is both fun to watch and vital for the organization, but what the Cubs need the most is for the pitching talent to take significant strides forward. We need more stretches of good outing upon good outing as this season progresses.

Iowa – The wind was blowing in, and the final score shows it. The Cubs lost 1-0.
Tennessee – Rains cut this one short, and the Smokies lost 3-0 in five.
Daytona – This was also a low scoring, well pitched game. Daytona came out on top 3-1.
Kane County – The bullpen let this one get into ten innings, but the offense was there to save the day. The Cougars won it in ten 5-4.