Guest Post: The Most Obscure - or Just Random - Cubs Players of All-Time (Part One) Skip to content 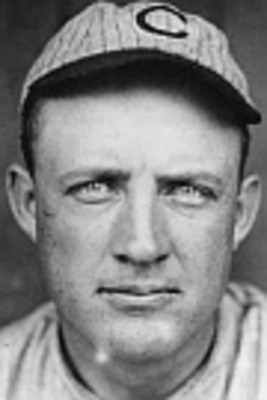 [Ed. – This is a guest post from BN’er Myles Phelps, a swell guy who writes about the Cubs from time to time (and you can find him on Twitter here). Myles wanted to share another idea with us, and I was travelling today, so I figured what the hell. I kid. It’s actually hilarious. This is second humorous/informative list Myles has shared with us, the first being his collection of Cubs surprises and scandals.]

I’m no historian.  But I enjoy the intricacies of history–you know, the little things that no one knows/cares about.  For example, the shortest war in history lasted only 38 minutes.  It was between England and Zanzibar in 1896.  Zanzibar apparently got scared and quit immediately.  Or how about how Leonardo Da Vinci invented scissors.  Who knew?  Or how about one of my ultimate favorites: ketchup was sold as medicine in the 1830’s.  Awesome.  These are things people don’t talk about.   Why?  Because they don’t matter.  They really don’t matter.  But it’s fun.

Our beloved Chicago Cubs have such historical intricacies.  My favorite is that of the player.  The Cubs have played over 17 thousand games since becoming the actual Cubs in 1903.  Since then there have been hundreds and hundreds of players to wear the pinstripes.  Don’t you ever wonder about the ones you’ve never heard of?  I have.

Here’s what happened: I went through every roster from 1903 until now and picked my favorite obscure players that I personally have never heard of.  I don’t know why I did this.  It was winter.  And it was cold.  And I missed baseball.

I won’t claim to have found the ones that NO ONE has ever heard of, because I’m sure there are those of you out there that know more than me (overachievers).  Some of these guys may actually have been good.  But I literally had never heard their names uttered in my life until now.  So let’s see how much I don’t know.

(These are in order of appearance with the Cubs.  It was a true cop-out for having to pick the best ones in order.)

First let me bring up the hilarious fact about these old guys’ nicknames.  You literally could do anything and get a nickname for it.  If you lived back then, you could look up one day and say aloud, “Hey, that bird’s flying pretty fast.”  From thence forth people would call you Hank “Flyin’ Fast Bird” Henderson.  There was no trying when it came to these names.

So how did Ole’ Wildfire get his?  He saw a play called, “Wildfire” one time. That’s it.  Good one, all his teammates.  Way to get creative.

Wildfire must’ve been a hell of a hitter though.  He was the home run champion both in 1910 and 1911.  Pretty impressive huh?  It’s pretty impressive right up until the point that I tell you he won with 10 and 21 home runs, respectively.  Yes, I get it.  The ball was different back then and didn’t travel nearly as far.  Yes I get it, the game was different, blah blah blah.  But 10 home runs…to win the home run record that year?*  As in he beat everyone else.  How boring was baseball back then?  Wow.

*note: Three players tied for 10 home runs in 1910 including Schulte. Again, I want to emphasize.  These guys aren’t bad players.  Hell some of them were part of the Cubs dynasty (yes there was such a thing here in Chicago).  But I’ve never effing heard of them–this is the point.

I picked Orval for the simple reason that…well, his name is Orval Overall.  Remember how we were discussing nicknames earlier?  This isn’t one of those nicknames.  That’s his actual name.  I can’t decide if I feel sorry for him, or if it’s just badass.

The most interesting fact about Orval, however, is that he is to this day the last pitcher to be on the mound for a Cubs World Series victory.

I can’t make up these names if I tried.  I wonder if people will look back in 80 years at the common names of present day and think they were ridiculous.  I know it’s his last name, but say “Lowdermilk” out loud.  Hear how ridiculous that sounds?  This poor bastard had to say that every time someone introduced him.

You may be asking, “Hey, why is his nickname ‘Slim?’”  It’s not what you’re thinking actually.  He was called that because he was skinny.

Oh, that’s what you were thinking?  Anyway…

Grover also played on the Southside for the 1919 White Sox and as a result was around for the darkest event in MLB history: the throwing of the 1919 World Series.

Don’t worry though, historians believe he wasn’t a part of the bribe.

Here we go again with the presidents.  I really don’t know what to tell you.  I wish I had answers.  People in the early 1900’s/late 1800’s really loved their commanders in chief.

What I can tell you is that Zip has the record for most innings pitched in relief in a single game; 18 1/3 to be exact, against the Brooklyn Dodgers in 1915. That’s beast mode.

It apparently wasn’t enough to warrant a longer stint in the MLB however.  2 years?  Poor Zip.

As always, it’s hilarious why he’s called, “Bubbles.”  It seems that he had a little bit of a stutter – particularly with saying his B’s.  Yeah.  His teammates must’ve been brutal. [Ed. – And he was frequently tormented when he made an appearance on ‘The Wire.’]

Oh, he also won the NL batting title in 1926 when he was with the Reds.  But you’ll never remember that because his nickname was Bubbles.

That’s all for part 1.  You literally learned nothing of value.  Welcome to my life.  Stay tuned for part 2!