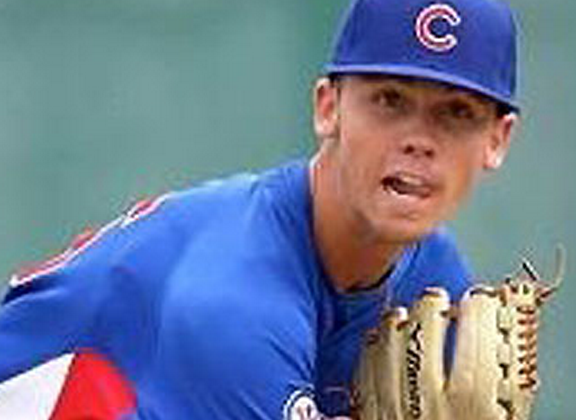 Tayler Scott is probably as known for being that South African kid the Cubs drafted as he is his for his abilities on the mound, but I don’t think he is a pitching prospect we should ignore. That said, his success is not the sort of success we normally expect to see from quality pitching prospects. Scott does generate some strike outs, but not many. Through 38.1 innings this season he has fanned just 23.

He has also allowed just 30 hits in those 38.1 innings, has a batting average against of only .214, and a ridiculous GO/AO of 2.30. He pitched 7.1 scoreless frames for the Cougars in yesterday’s game.

Now, can a guy with low K/9, decent H/9, and a very high GO/AO succeed as he moves up the farm system? We’ll find out. But just as importantly in the case of Scott is this question: what can former Vanderbilt pitching guru and new minor league pitching coordinator Derek Johnson do with Scott? The the raw materials are there. It will be very interesting to see how Scott looks after he adds thirty pounds to his frame and works under Johnson for a few seasons.

Iowa – The Iowa Cubs had Wednesday off.
Tennessee – The Smokies led late, but after giving up a six run eighth inning they fell 8-4.
Daytona – Daytona was never in this one. They lost it 7-1.
Kane County – Good pitching and plenty of hitting add up to a 4-0 win.