Cubs Minor League Daily: Other Side of the Bust Skip to content 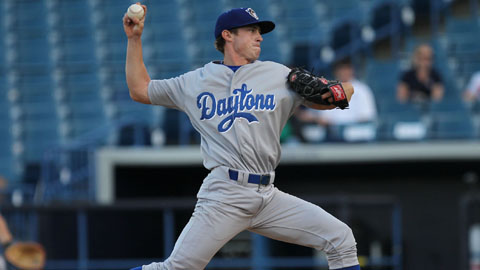 At the end of the day, it is all baseball.

Hayden Simpson is likely to go down in history as one of the worst first around picks in Cub history, but he should hold a near unshakable claim to being the unluckiest. The Cubs reached for him in the first round in 2010 in no small part because they had watched his fastball hit 97 MPH (and for a variety of other reasons we have discussed endlessly elsewhere, so I won’t rehash them here). And then he came down with a devastating case of mono, lost a lot of muscle mass he never really had to loose, and was started on a downward spiral.

At the start of the next season, in a move I still do not agree with or even understand, the Cubs rushed him back from that mono case and slotted him as a starter in the Midwest League. I was at one of his best starts that season, and I saw enough to convince me that Simpson was a potential No 3 starter. I also saw the thinnest pitcher I have ever witnessed in a professional game. He had not regained the weight he lost to mono, and it showed. He wore out quickly and was essentially done by mid-season. He was never consistently effective over any prolonged stretch as a professional starter again. The new Cubs front office finally cut him loose this spring.

But the story does not end there. Simpson did not retire from baseball, he joined the independent leagues instead. According to The Southern (a prominent regional newspaper in Southern Illinois), Simpson is a strong candidate to join the starting rotation of the Marion Miners. His velocity is back into the low nineties, and his breaking pitches have never been in doubt. With any luck Simpson can relax out of the spotlight in Southern Illinois and get back to what he had with Southern Arkansas.

Odds are good that he will never again pitch in a major league organization, let alone in the majors… but he might. This is baseball, and baseball has a way of finding surprising endings to the strangest stories.

Iowa – There was a pitching duel in Iowa yesterday, and the Cubs came out on top. Iowa won 1-0.
Tennessee – The bullpen bailed out the Smokies in this one. They won it 6-4.
Daytona – Lackluster pitching and three errors cost the Cubs in this 12-7 loss.
Kane County – The Cougars took Game One 5-0, but they lost the second contest 8-2.