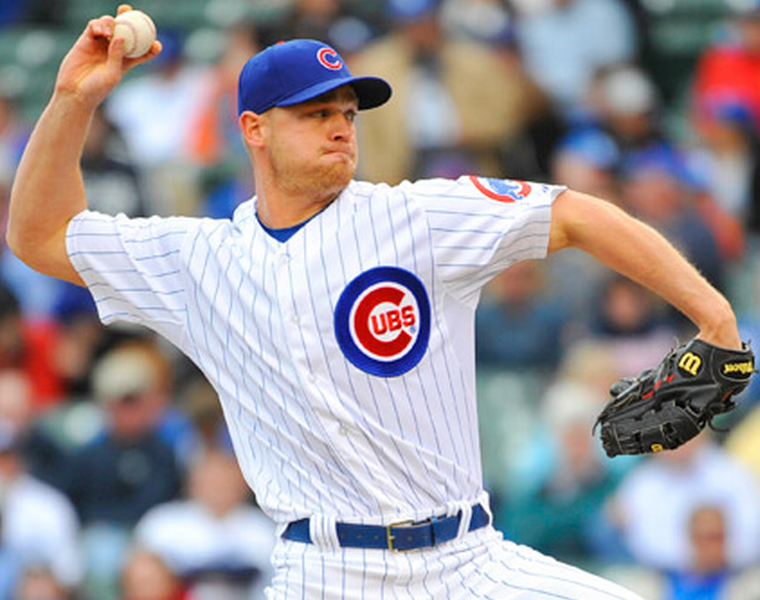 It was (surprisingly) reported over the weekend that the Chicago Cubs intended to make space for Matt Garza on the roster by designating reliever Michael Bowden for assignment. Today, the Cubs made good on that report, per the Cubs.com transaction wire. Garza reenters the rotation, Carlos Villanueva moves to the bullpen, and Bowden enters limbo.

After designating him, the Cubs will have 10 days to trade, release, or waive Bowden. They’ll probably see if any team is interested in a deal, and, if not, they’ll waive him and cross their fingers.

The 26-year-old righty has a 3.78 ERA over 16.2 innings this year with the Cubs, and, on that basis, given the dearth of available relief talent around baseball, the Cubs might be able to swing a trade for a comparable minor league player who gives them a little more roster flexibility (i.e., a low level guy).

That said, Bowden’s peripherals are uninspiring and his velocity has been dropping for a few years now. His fastball currently sits at just 90, which probably isn’t what the Cubs are looking for in a reliever like Bowden. In other words, I wouldn’t be surprised to see Bowden go untraded and subsequently waived, with the Cubs not terribly nervous about the outcome of the process.