Kyuji Fujikawa is Likely Out with Another Forearm Strain, Cubs Have Interesting Replacement Options Skip to content 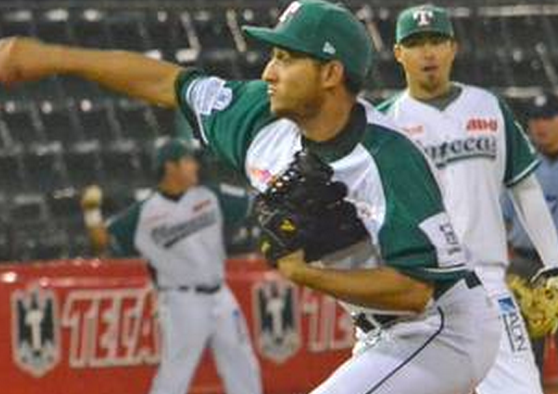 I was travelling a bit yesterday, but I did catch all of Kyuji Fujikawa’s appearance against the Reds. Something looked a bit off as Fujikawa reached his 30th, 31st, 32nd, etc. pitches of the outing. And, on his final pitch to Joey Votto, he clearly looked uncomfortable and pointed to the dugout. That almost never happens, and means he was really feeling something. I cringed, knowing that he’d just come back from missing almost a month with a forearm strain.

Fujikawa is going to be evaluated in Chicago today, but the expectation is that he’ll hit the DL again, hopefully with just a minor flare-up of the same forearm issue. The injury, and the timing, really suck because Fujikawa has been excellent this year for the Cubs. It’s easy to focus on the 5.25 ERA and the early outings where he struggled (and was probably hurt), but, since returning from the DL in early May, Fujikawa has given up exactly one earned run. He has a 1.17 ERA over that 7.2 inning stretch, during which he’s struck out 10 and walked just one (Votto, yesterday, when he was hurting).

Even if you don’t want to play the pick-and-choose game, the overall results have been very good so far. Fujikawa sports a 28% strikeout rate and a 4% walk rate, each of which is excellent. His .323 BABIP and 58.8% LOB% probably have as much to do with that 5.25 ERA as anything. His FIP and xFIP are just 2.81 and 2.91, respectively. It’s all a small sample – 12 innings pitched – but, so far, Fujikawa has been great. And it’s hard to ignore that the bullpen – concededly with the emergence of Kevin Gregg – has been much better since early May when Fujikawa returned.

So, yeah, the injury sucks.

Assuming Fujikawa does indeed go to the disabled list again, the Cubs will have an interesting choice to make with his bullpen replacement. They recently picked up upside reliever Eduardo Sanchez off of waivers from the Cardinals, and he’s already on the 40-man. But the Cubs have an open 40-man spot, so they could opt to give a non-40-man reliever at AAA a shot. For example, Blake Parker, who was up with the Cubs briefly last year, has a 2.16 ERA in 16.2 innings of work to go with a very nice 1.020 WHIP and a 12.4 K/9. But he’s also giving up 5.4 walks per nine, which could get you torched in the big leagues.

There’s also Zach Putnam, a 25-year-old righty with a nice pedigree and good numbers this year (3.26 ERA, 1.345 WHIP, 10.2 K/9, 2.8 BB/9 over 19.1 innings of work). The Cubs got a good luck at Putnam this Spring, as he was one of the finalists for a bullpen job. He had command issues late in the Spring, though, and that led to the Cubs actually removing him from the 40-man roster. Are they ready to put him back on? Maybe.

Although I wouldn’t have any beef with Sanchez, Parker, or Putnam getting the call, the guy I’d like to see is Yoanner Negrin. The 29-year-old righty is tearing up the PCL with a 2.73 ERA and 11.5 K/9 over 33 innings of relief work. He’s walking just 2.7 per 9, and is frequently mentioned by observers as one of the better pitchers on the Iowa Cubs. Negrin’s age is interesting, given that you’d usually be highly suspicious of a 29-year-old who has only just reached AAA and is having success. Howeva, Negrin was only just signed by the Cubs out of Cuba in 2011 (terms unknown (to me)). In 2012, he pitched mostly in Mexico as a starter, presumably while adjusting to life out of Cuba. He immediately came to AAA this year (after a look-see there late in 2012), and he’s dominated out of the pen. It seems to me that, if there’s a time to see what he could offer at the big league level, it’s now – or at least in the second half of this season, after the expected purge.*

The Cubs signed Negrin for a reason, and he’s done nothing so far to suggest that he absolutely couldn’t be a successful arm in the big leagues. Why not give him a shot? What have the Cubs got to lose? He isn’t getting any younger.

*It’s worth noting that Negrin started yesterday for Iowa, throwing 4.1 innings. It’s possible the Cubs are going to try and stretch him back out as a starter. We’ll see.