Dioner NavarrOMG: Some Numbers from His Big Day Skip to content 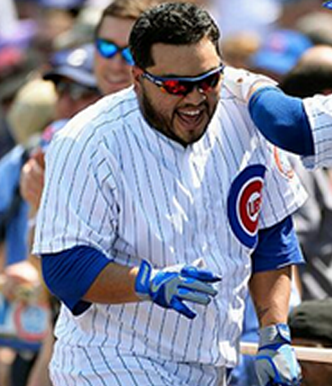 Yesterday, Dioner Navarro hit three homers in his three at bats, and also walked. It was the first time a catcher did that from both sides of the plate during the day at Wrigley Field in a Cubs uniform without recording an out while the wind wasn’t blowing too hard and other some such ridiculous post-hoc narrative SINCE FOREVER.