Cubs Minor League Daily: And Now This... Skip to content 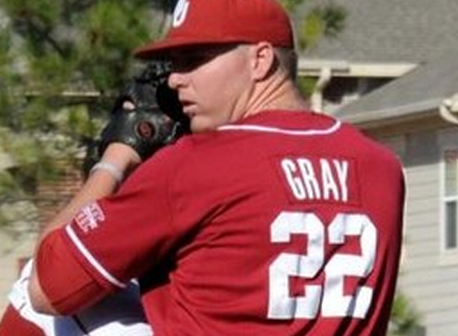 Jonathan Gray reportedly tested positive for a banned (sans prescription, anyway) stimulant on the eve of the draft, and as a result I think becomes the overwhelmingly most logical pick for the Astros at No. 1 over all.

That is not sarcasm. Somehow this CBA has twisted things to that degree.

Houston, I suspect, is going to have every advantage in those negotiations. Any credible threat that Gray would return to college evaporated when that drug test hit daylight. Imagine what would happen if Gray returns to school, passes every drug test with flying colors, and for some reason gains five pounds and loses 1 MPH off his fastball. Questions would be raised, fairly or otherwise, regarding the validity of his 2013 campaign. All the skepticism about fast risers and players who jump up the draft boards over the span of a single season would come back tenfold with the added multiplier of suspicions of chemical enhancement. I think we are too close to the greatest excesses of the steroid era to look at any possible-PED accusation towards a player of this caliber with any degree of rationality. Not as a culture, anyway.

Gray can’t risk it. Returning for his senior season was a gamble anyway, and not a very smart one. I think this just takes that choice away completely. There is almost no upside in his returning to school. He just about has to sign, and no matter how much his agent spins against that line of reasoning in the coming days, nothing negates that a return to school is a bad risk. And every team in baseball will know it.

Including Houston. Suddenly Houston is in a position to grab the highest ceiling pitcher in the draft, the guy with easily the best pitch in the draft, and have the leverage to sign him for well under slot. How far under? I now suspect he’ll settle for No. 3 or No. 4 pick money and save the Astros as much as $3 million. It will take a very good agent for him to land at slot now; I just don’t see it happening.

And if the Astros, for some completely inexplicable reason, decide to pass on this lucrative windfall, the Cubs should give serious thought to taking Gray themselves.

But we would have done that anyway. Fundamentally, nothing has changed. We are unlikely to know enough by Thursday night to know much of anything other than that this failed test exists. That means we have to consider Gray based on what we do know. Great arm. Great fastball. Highest upside of any pitcher in the draft. Just took a big hit to his signing bonus leverage.

He’s No. 2 on my board behind Bryant. But if I knew for certain that the Cubs could save a million or two on the signing bonus by taking Gray, I would be very tempted to flip those two.

[Brett: This is some seriously well-thought-out stuff, Luke, and I applaud your insight. I’d still take Appel.]