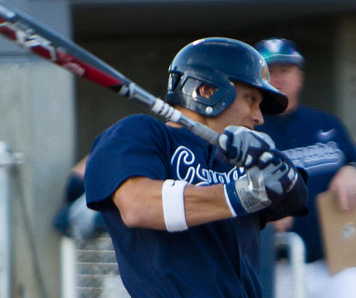 I mentioned in an earlier column that the Hawks are one of the best covered teams in the organization thanks in no small part to the multi-platform talents of radio man Mike Safford. Safford has come through for us again on his blog, this time with video of the Cubs’ somewhat surprising third round pick Jacob Hannemann as well as a few seconds of pitcher Trey Lang. It’s the 29 seconds of BP footage from Hannemann that will stick with you, though. Sure, it’s only BP, but it has that sound to it. He also is showing off a very calm and smooth swing. There are not a lot of moving parts there. It is getting easier to see why the Cubs considered Hannemann a must-draft.

But if you just put the video on a loop and listened to the sound that bat crack over and over again as you go about your day, I don’t think anyone would blame you a bit.