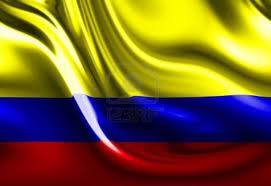 If an hour has ticked by today, you’re going to want to check back in, because the Chicago Cubs have probably made another move.

Today is the opening of the international signing period, and the Cubs have already added top Venezuelan prospect Gleyber Torres, big-time Dominican pitcher Jefferson Mejia, and bonus pool money with which to help them sign additional pieces.

Now they’ve added another pitching prospect, 16-year-old Erling Moreno, per Baseball America. Moreno gets an $800,000 signing bonus, per BA, which puts the Cubs at $3.35 million between Moreno, Torres and Mejia. The Cubs have added nearly $1 million to their approximate $4.5 million bonus pool, so they’re looking at some $2.15ish million left with which to play. The may need to add more still if they’re going to land the top-ranked prospect, Eloy Jimenez.

The Colombian righty stands 6’3″ and 190 lbs, and can already reach 90mph with his fastball. BA had him ranked as their 16th best prospect in this international class, while MLB.com had him at number 17. Here’s some of MLB.com’s take:

A hard thrower with a big body, long arms, and a good fastball, Moreno has a fearless approach on the mound. Moreno’s curveball and changeup have both earned praise from scouts and his fastball, which usually sits in the mid-to-high 80s, should increase with velocity as he matures physically. There is some concern about his pitchability in games and his overall athleticism, but all signs indicate that he will be a power pitcher in the future.

He’s most often compared to countryman Eric Julio, who might not throw as hard as Moreno but has better command in the strike zone. Moreno has shown a great amount of development in the last eight months and has really come into his own as a prospect.

Another lottery ticket, and another long-term (high risk) asset. The Cubs are going hard for them today, and you can certainly appreciate the approach.