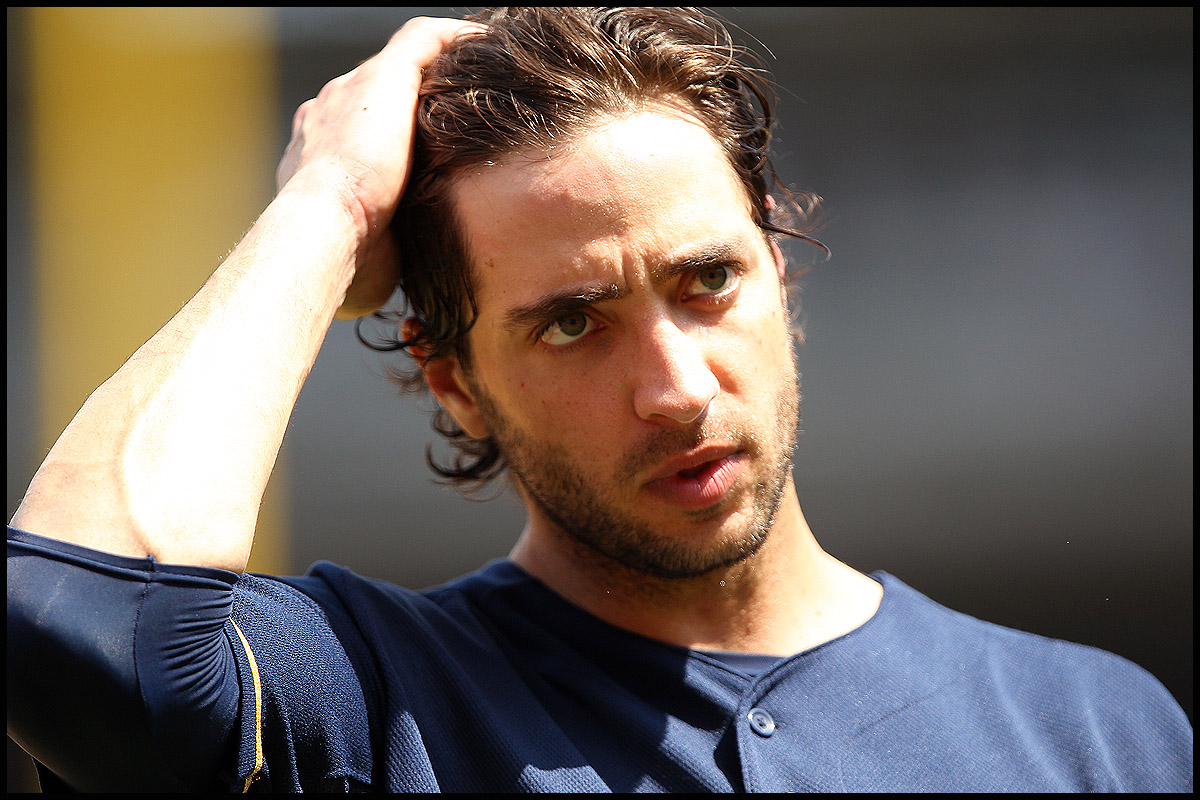 In the worst-timed major news announcement that I can remember (for me, I mean – because, like, Garza), Major League Baseball has announced that Brewers star Ryan Braun has been suspended for the rest of the season. That’ll be a 65-game suspension, and it’ll cost him more than $3 million.

The suspension emanates out of the Biogenesis investigation, and marks what basically amounts to a “plea deal” for Braun. MLB’s statement:

Commissioner Allan H. (Bud) Selig announced today that Milwaukee Brewers outfielder Ryan Braun has been suspended without pay for the remainder of the 2013 Championship Season and Postseason for violations of the Basic Agreement and its Joint Drug Prevention and Treatment Program. The suspension of Braun is effective immediately.

Ryan Braun said: “As I have acknowledged in the past, I am not perfect. I realize now that I have made some mistakes. I am willing to accept the consequences of those actions. This situation has taken a toll on me and my entire family, and it is has been a distraction to my teammates and the Brewers organization. I am very grateful for the support I have received from players, ownership and the fans in Milwaukee and around the country. Finally, I wish to apologize to anyone I may have disappointed – all of the baseball fans especially those in Milwaukee, the great Brewers organization, and my teammates. I am glad to have this matter behind me once and for all, and I cannot wait to get back to the game I love.”

“We commend Ryan Braun for taking responsibility for his past actions,” said Rob Manfred, Executive Vice President, Economics & League Affairs for Major League Baseball. “We all agree that it is in the best interests of the game to resolve this matter. When Ryan returns, we look forward to him making positive contributions to Major League Baseball, both on and off the field.”

The suspension, while significant in length, really is about as gentle as this thing could have possibly been. The Brewers are going nowhere, Braun has been dealing with nagging injuries, and serving the suspension this year (as opposed to next year) could save him some money.

Interestingly, though, the fact that Braun accepted the suspension demonstrates that MLB really did have the dirt on him, as emphasized by Wendy Thurm. That makes you wonder about the other implicated players. Braun accepting 65 games – more than a first-time suspension of 50 games – also makes you wonder whether other players implicated will now also take plea deals. MLB was probably happy to get a precedent here.

Braun is no longer a suspected cheater who got off on a technicality. He’s a cheater who has been suspended for his cheating. Good for baseball.