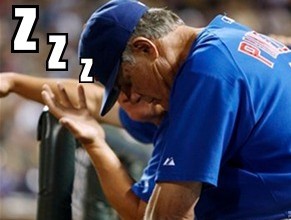 How has it already been six hours? We haven’t even gotten to the really hot and heavy parts of this event, and I already feel like it’s flying.

The Rockies are interested in Kevin Gregg, and the White Sox are almost certainly going to deal Jake Peavy.

I find that Peavy story line to be fascinating. The impact to the Cubs is slight (though a farm-depleting deal with the Cardinals would be swell (and unlikely, given the depth)), but it’s interesting to be on the outside of one of these “like, duh, they have to trade this guy … but what if they don’t?” kind of situations.

The best soda in the history of ever. Or not. See below.

I wonder how long Wendy’s is going to have this pretzel bun burger. I got it last week just because I wanted to confirm that it was a stupid gimmick … and it was actually really good (sans mustard, because gross). They say limited time, which means, even if it’s successful, it’ll probably turn into one of those McRib situations.

#BNBlogathon kudos! Don't get all A-Rod or Ryan Braun on us in the next 36 hours, you can do this all natural- !

I'm only posting this because I want to see my Twitter handle on the next #BNBlogathon update/recap thinger.

Trying to follow the @BleacherNation trade deadline blogathon from Barcelona. The roaming data charges could get ugly.

Uh oh. It's only 3 hours in to the #BNBlogathon and were already getting selfie videos. Could get ugly.

Wouldn't it be funny if the Cubs announced a few int'l signings just after the Trade Deadline, extending the #BNBlogathon?

Apropos of both the beverage and strange thought, I’d planned to get myself a Mr. Spokacola at Wendy’s (two parts Coke (or Diet Coke, I’m getting older), one part Sprite, one part Mr. Pibb (or Dr. Pepper, if you have to). It’s delicious. And amazing. But the Wendy’s had the damn drink thingy behind the counter, and it was packed, so I wasn’t about to explain to the young man how to make my cocktail. Had to settle for a Diet Coke. Le sigh …

The first caffeinated beverage of the #BNBlogathon did not turn out as I'd hoped. https://t.co/pldiSpJ6sf