Cubs Minor League Daily: For The Dogs Skip to content 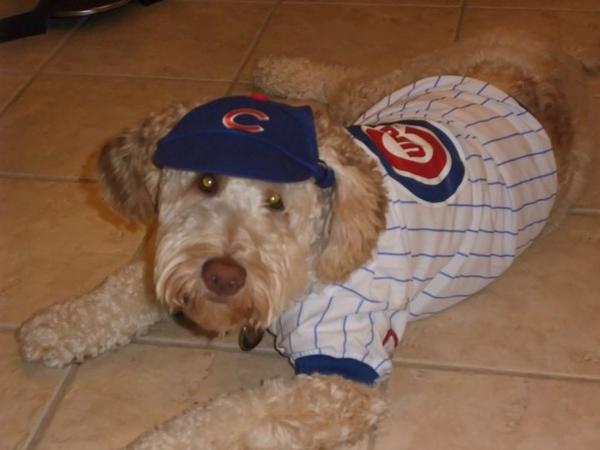 Ever wanted to bring your dog to a minor league game? Kane County will let you do exactly that tonight. Not only can your four legged friend get into the game for free, the pets will also get to walk the bases, win prizes, participate in a parade, and go absolutely berserk if Dan Vogelbach manages to launch a souvenir their way. Actually, looking at where the lawn sections are in that ballpark, anyone on the Cougars’ roster could send the furry fans frolicking after a foul.

Now, if only a team would create a day for the feline fanbase we’d have a promotion worth getting excited about.

Iowa – This road trip is starting to get depressing. Iowa lost again, 4-3.
Tennessee – Despite committing two errors, the Smokies doubled up Birmingham in this 8-4 win.
Daytona – Daytona has been on the winning end of some shutouts lately, but they lost this one 5-0.
Kane County – Kane County fell behind early, and then it got worse. They lost 14-1.
Boise – The Hawks scored twice in the eighth to tie the game, but they lost in eleven innings 5-2.
Arizona – Arizona had the night off.