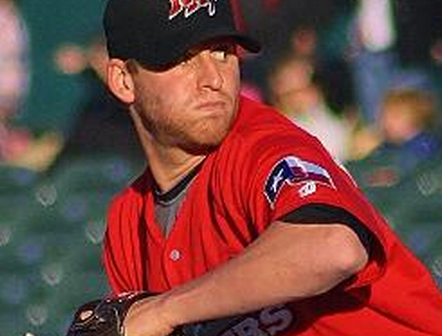 On Friday, the Chicago Cubs and Texas Rangers completed their July swap of Matt Garza (to Rangers) and Mike Olt, Justin Grimm, and C.J. Edwards (to Cubs). The completion required the identification of the PTBNL going to the Cubs, and the subsequent waiver claim by the Cubs of that player, Neil Ramirez.

(The deal had to be processed on waivers because Ramirez was on the 40-man roster, and, as you know, players on the 40-man roster cannot be traded in August until they clear waivers. In situations like this, in case you’re wondering, teams don’t “block” a player like Ramirez from going to the Cubs, even if they might like to have him. By submitting a claim, all other teams would accomplish is pissing off the Cubs and Rangers, as the Rangers would simply pull Ramirez back, and the deal would be completed later.)

Better than your typical PTBNL, Ramirez is a legitimate pitching prospect who was afforded PTBNL status not because the Cubs didn’t want him, specifically, but because there was uncertainty about the condition of his arm. The Cubs must have been satisfied in the month after the trade, because they forewent two lower level prospects in favor of the 24-year-old Ramirez. He hasn’t thrown more than four innings in a start since July 5, and he’s made just four appearances over that stretch, however.

A supplemental first rounder back in 2007, Ramirez’s minor league career is the portrait of a consistently good, if not overwhelmingly great, pitching prospect. He strikes a lot of guys out, and doesn’t walk too many. He struggled mightily in his first go-around at AAA last year before rebounding this year at AA, posting a 3.84 ERA and 11.1 K/9 over 103 innings. In that stretch at AAA (7.66 ERA over 74 innings), he was torched by the long ball – probably to an unsustainable extreme – so there are reasons not to be too concerned by it. With Ramirez, the greater concern has been health, as he’s been hit by intermittent – and apparently minor – shoulder issues, including one that informs the time he’s missed over the last month and a half. Anything with the shoulder gets you nervous, especially when it pops up more than once. That said, Ramirez has never missed significant time.

After a breakout 2011 season, Ramirez showed up in Rangers top ten prospect lists around the rankings world. His nosedive at AAA last year sullied those rankings, but he remained a top 30 Rangers prospect to pretty much everyone. John Sickels had Ramirez at 18 coming into the season (one spot behind C.J. Edwards), and Rangers blog Lone Star Ball had him at 11th, the second best remaining pitching prospect in their system (it was a crowd-sourcing effort, which is great for some reasons, and poor for others – they had Rougned Odor at 8, though he’s considered by many to be a top 100 overall type). The point here is that, despite the struggles in 2012, Ramirez remained a legitimate pitching prospect in the Rangers’ system.

Where does Ramirez land in the Cubs’ system? He’s probably not a top 20 guy, but he could slide into the 21 to 25 range, I’d think (which is far from an insult, given the system). It’s hard to say without deeply digging into where other guys have moved over the course of the season. A top 10 pitching prospect in the system, though? Yes, I think you could say that confidently.

The guess here is that Ramirez starts out 2014 at AAA with a chance to prove himself there, and put himself on the radar as a future rotation member or possible 6th/7th/8th starter type in the second half of 2014. Alternatively, he could move to the bullpen eventually, where his stuff would probably play even better, and his path to the bigs might be a little more clear.