Taking a Flyer on Daniel Bard? 28-Year-Old Was Just DFA'd By the Red Sox Skip to content 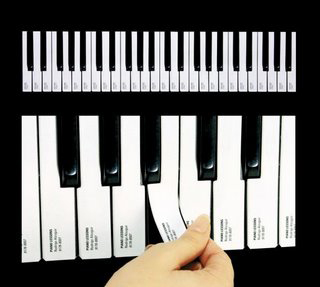 You know the setup: formerly good Red Sox or Padres player is made available, and everyone wonders, “Will the Cubs take a chance, given the front office connection?”

Today’s iteration involves pitcher Daniel Bard, a formerly awesome reliever with the Red Sox, who has fallen on hard times ever since the Red Sox sought to convert him into a starter in 2012 (apparently at Bard’s request). Since then, Bard has completely lost the strike zone, even after returning to the bullpen. He was walking a guy per inning in 2012, and, over various minor league stops this year, is walking 15.8 per 9 (not a typo).

The ability was certainly there at one time, though. Between 2009 and 2011, Bard posted a 2.88 ERA over 197 innings in the bullpen, striking out 9.7 per 9, and walking 3.5. He throws a good mix of pitches, and has a fastball that sits in the mid-90s. Moreover, Bard is still just 28. There are positive signals here, assuming you can look past the disastrous last couple of years.

The Red Sox, for their part, couldn’t look past those two years, and, needing a 40-man spot, decided yesterday to designate Bard for assignment. Presumably, he will head to waivers, and the Red Sox may hope he clears so that they can outright him to the minors (they weren’t likely to tender him a contract after the season anyway, as Bard would be heading to his third arbitration year (of four arb years) in 2014 after making $1.86 million this year). Alternatively, Bard could be traded or released. A trade involving a minor return is possible, though it seems like waivers are the most likely step at this point.

If Bard is indeed waived, would you want the Cubs to take a flyer on him?

To me, the answer to both questions is “probably not,” with the second question skewing close to “definitely not.”

For all of the positive signals on Bard, unless the Cubs know something about his struggles this year that other teams don’t, we’re still talking about a guy who hasn’t been able to find the strike zone for two years. He’s young enough and talented enough to work it out, but paying him big league money on that hope is probably not the best use of the Cubs’ apparently limited funds right now.

That doesn’t mean the Cubs might not try to grab him now, though, and then pull off some roster maneuvering of their own.

Indeed, the Cubs could try to grab him now, and then themselves waive him at a more advantageous time this Winter (perhaps soon before the Rule 5 Draft, when teams often find it difficult to open up a spot to just hang onto a guy). If he clears, the Cubs could try and outright him off of the 40-man roster (subject to various rules about Bard’s right to elect free agency as a player with at least three years’ service time (though, at that point, he’d be a near lock to receive only a minor league contract anyway, so he might not elect free agency)). At the end of the process, if everything worked out all right and Bard decided to stick with the Cubs, they could have a nice lottery ticket who isn’t making big league bucks and isn’t taking up a 40-man roster spot.

Short of that kind of process, however, I’m not sure I see Bard as being worth using up a 40-man spot all Winter and being tendered a contract for next season (which could be worth $1.5 to $2 million). Instead, I could see Bard being passed on by all teams at the big league level this year, and then searching for his best option as a minor league deal/Spring Training invite guy in 2014. If that happens, I don’t see why the Cubs wouldn’t give him a look.

(And, what do you know: after I finished writing this piece, I now see that Chris Cotillo reports that the Cubs have had internal conversations about Bard. Unsurprising, given the Boston connection and the relatively low threshold for internal conversations. But, as explained above, it could make sense with the right maneuvering.)