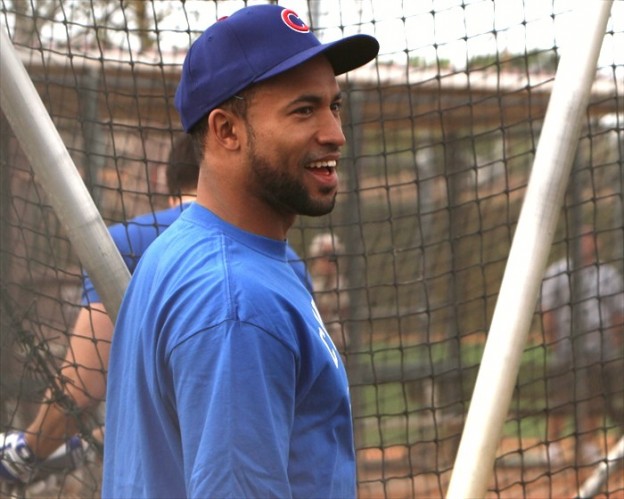 As expected, and per multiple reports, the Cubs made a series of roster moves today, now that the AAA season is over. Pitchers Justin Grimm and Brooks Raley were called up, as was catcher JC Boscan. The Cubs also added pitcher Zac Rosscup to the 40-man roster, calling him up as well. To make room for Rosscup, outfielder Dave Sappelt was designated for assignment.

Rosscup, 25, is a lefty reliever who came to the Cubs in the original Matt Garza deal – as in, the one with Tampa Bay. Since coming to the Cubs and moving into the bullpen full-time, Rosscup’s strikeout rate has exploded, reaching 14.6 per 9 this year at AA and AAA. His walk rate was a passable 4.4 per 9 (with that K rate, I mean), and he’s very much an option for the bullpen in 2014. Rosscup was a lock to be selected in the Rule 5 Draft if he wasn’t added to the 40-man roster before December, so there was little to lose by making the move now. Indeed, now the big league staff will get an early look at him.

Sappelt had a couple shots to break through with the big team in a reserve role since coming to the Cubs in the Sean Marshall trade. He couldn’t quite make it happen, and derostering him has been expected for some time now. The Cubs may look to waive Sappelt and outright him to Iowa if he clears. From there, he could stick around as depth next year. That said, I wouldn’t be surprised if this is all she wrote for Sappelt in the Cubs’ organization.

Grimm was one of the pieces of this year’s Garza trade – and an underrated one at that – and will be competing for a rotation spot next year. Raley is similarly a back-end rotation candidate, but I can’t help but wonder if his future lies in the bullpen.

JC Boscan is a journeyman third catcher who is spending his final month on the Cubs’ 40-man roster. Whether he sticks in the organization thereafter depends on each sides’ desire for him to return on a minor league deal in 2014.