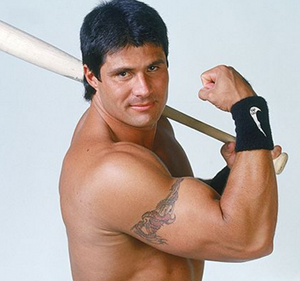 The Chicago Cubs front office is renowned for its outside-the-box thinking. As they enter into another phase of the building program, the Cubs are looking for a new manager.

A leader. A thinker. A creative visionary who can helm a team of youngsters and mold them into grizzled vets.

The Cubs, clearly, are looking for Jose Canseco.

Hiring by Twitter DM. It’s going to happen one of these years. As for specific ideas, Canseco’s got ’em:

Sin-Shoo! More Sin-Shoo! Canseco also offers ideas that are not directly tied to the Cubs, or to the tenets of physics:

And about 5,000% more strikeouts! Eventually, Canseco grows concerned that he’s not being taken seriously:

Hey Theo @cubs is anyone there?

And finally, his sales pitch became a simple hashtag, something of which the marketing department could be proud:

Nicely done, Mr. Canseco. If he’s not on the short list at this point, the Cubs are doing it wrong.

I assume he was just utilizing Twitter’s mentioning system to try and get the Cubs’ attention, but I prefer to think that Canseco was shouting, “Hey, TheoCubs!”