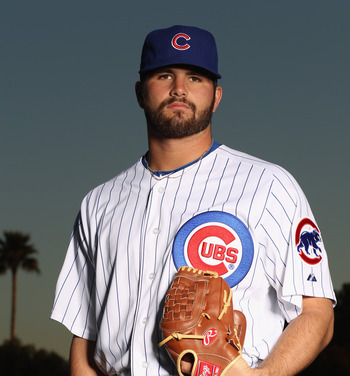 Today was we-all-knew-that-procedural-move-was-coming day for the Chicago Cubs, who outrighted six players off of the 40-man roster after they cleared waivers, per multiple reports: catcher J.C. Boscan, outfielders Darnell McDonald and Thomas Neal, and pitchers Rafael Dolis, Trey McNutt, and Zach Putnam. Neal, Dolis, and McNutt were first activated from the 60-day disabled list before being outrighted.

Some of the players will be retained on minor league deals, and I’d expect to hear a bit about that soon. Boscan and McDonald were veteran fill-ins, so there’s not much to say on them. Neal was a waiver flyer who got hurt immediately. He’d be interesting depth in the minors if the Cubs can bring him back.

Trey McNutt was once the top pitching prospect in the Cubs’ system, but ineffectiveness and injuries derailed his promising career over the past two seasons. I hope he sticks in the organization, and maybe finds success in a relief role. That’s about all you can hope for at this point.

Rafael Dolis at one time looked like a future fixture in the Cubs’ pen, but he couldn’t harness that 95-mph sinker consistently enough last year, and then he dealt with an arm injury this year. He may stick in the organization, and he could still have a future once he’s healthy.

Putnam was a waiver pick-up at this time last year, and almost made the Cubs’ pen out of Spring Training. He got a look briefly this year after dominating at AAA, but was soon diagnosed with a bone spur in his elbow, and was shut down after surgery. If his recovery is going well, he could be brought back on a minor league deal next year.

After the moves, the Cubs’ 40-man roster stands at 37. It’ll dwindle further as the end of the playoffs (and beginning of free agency) approaches.