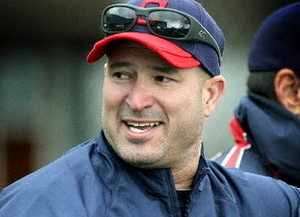 It’ll be a Girardi-free week in the Cubs’ managerial search, and the Cubs could narrow their focus rapidly and markedly. Indeed, you could say it’s bench coach week for the Cubs, with anticipated interviews of Rick Renteria and Dave Martinez – the Padres’ and Rays’ bench coaches, respectively – on tap.