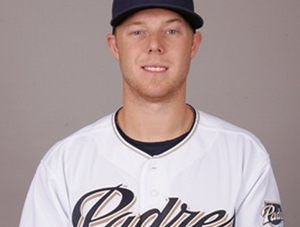 Perhaps it’s the dreamer in me, but I’ve always enjoyed writing about and deconstructing minor league signings. No, they almost never pay off, and, even when they do, it’s relatively low-impact. But the deals also involve no risk, which make them the easiest kind to dream about.

Aaron Cunningham is the latest dream, a 27-year-old outfielder whom the Cubs have reportedly signed to a minor league deal. (Read that CSN piece for a superfluous, but humorous, story about Cunningham selling his car to Ice-T.)

Cunningham is well-traveled, having made stops in the White Sox’s, Diamondbacks’, A’s, Padres’, Indians’, and Rangers’ systems before now coming to the Cubs. His time in San Diego aligned with many of the Cubs’ front office members’ time there, so you can see the connection. Cunningham has actually amassed 501 plate appearances in the bigs, spread out over five seasons, and he’s hit just .219/.280/.347. To his credit, it looks like he can play all over the outfield, can hit lefties serviceably (.238/.312/.399), and appears to rate out as an above-average defensive outfielder.

That sounds like a guy you’re happy to bring to Spring Training and see if he can win a bench job. If he can’t, he’s adequate depth at AAA, where the Cubs could be figuring out a mix of guys like Brett Jackson, Jae-Hoon Ha, Thomas Neal, Brian Bogusevic, and Matt Szczur.