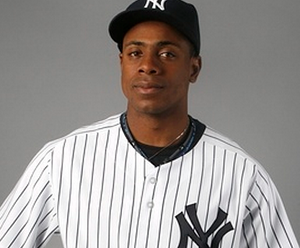 The Chicago Cubs are reportedly among a small handful of teams showing early interest in free agent outfielder Curtis Granderson. That comes from Matt Cerrone, a New York Mets writer, who adds that the other interested teams – so far – include the Mets, White Sox, and Astros. It’s a fun foursome for a guy who earlier today said that his number one goal in free agency was to go to a winner.

So, what do we make of the Cubs’ interest? Do we buy it? Is it serious?

Cerrone is a New York writer (a good one), and Granderson is currently a New York guy. Cerrone’s best contacts, presumably, are with the Mets (the team he covers). If this rumor was coming from the Mets, you’d expect to be of the more simple “the Mets are interested in Granderson” variety. Instead, the naming of multiple teams has more of an “agent feel” to it. So, if I were guessing, the rumor is originating with Granderson’s agent (perhaps by way of a Mets employee). If so, I wouldn’t say the agent is lying, but he obviously has an interest in creating the appearance of as much action on Granderson as possible.

To that end, I wouldn’t be surprised to hear the Cubs have reached out to Granderson given their outfield need and his Chicago connection (he’s originally from the Chicago area). Granderson, himself, has connected his free agency to the Cubs (and White Sox), and the Cubs would be foolish not to feel him out. To the extent the Cubs have expressed “interest” in Granderson, it could simply be a form of what this front office is always trying to do: find value. In Granderson’s case, that would take the form of, “Hey, we have an outfield spot, and we might have some interest in Granderson if he’s looking to take a discount to come back to Chicago.”

Absent that kind of discount, it’s not clear that the Cubs would be willing to invest four or more years in a soon-to-be 33-year-old with an increasing strikeout rate from his younger days and some health scares, especially considering the loss of a draft pick. As a qualified free agent, Granderson will cost his signing team a draft pick – in the Cubs’ case, it’s their second rounder. That’s not enough (or at least shouldn’t be enough) to frighten the Cubs away, but it’s enough to keep them searching for value.

That all said, I believe I’ve heard that Granderson is considered a solid, veteran presence in the clubhouse, and the Cubs certainly have a need there. They could always use left-handed power, and have at least one open spot in the outfield.

If Granderson could be had on a three-year, $40 to $45 million deal, then I think the Cubs should at least consider it. North of that – in dollars or years – and it starts to make a whole lot less sense. And he might well get a lot more than that – it’s tough to gauge in this ever-changing market. Last year, Michael Bourn got just four years and $48 million from the Indians, and you could argue he was more valuable then than Granderson is now. But, the economics keep changing.