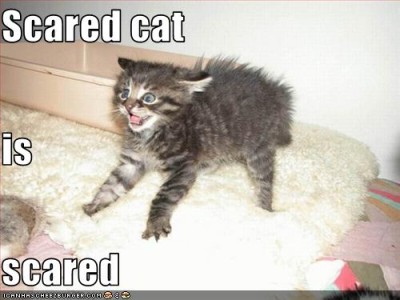 The Chicago Cubs’ front office is fantastic at message management. In a given week/month/offseason/whatever, you will hear multiple members of the front office offering the same bullet points, and there are rarely significant departures from what is clearly a well-crafted thesis at any given moment.

In the limited time we’ve had to observe them, the front office has borne out their messages in their actions. Whether it was seeking to build a foundation for sustained success (prospect acquisitions, minor league spending, facilities spending, etc.), or modernizing the baseball operations department (expansive hiring, new analytics software, new saber-inclined minds, etc.), or being unable to turn an ocean-liner on a dime (slow rebuild, no inexplicable large signings, etc.) – when there’s a cohesive message emanating from 1060 West Addison, it tends to play out.

In the last two weeks, we’ve heard President of Baseball Operations Theo Epstein say something on the order of “the business plan and the baseball plan are still a couple years from coming to fruition.” This isn’t new information, of course, as we’ve known since earlier this year that the Cubs’ revenue wasn’t where it needed to be in order support aggressive additional spending at the big league level (something about not being able to leverage the large market advantage). We also know that the WGN TV deal (however it is renegotiated or sold off) will not kick in until 2015, and the Wrigley Field renovation will not begin until after 2014 (hopefully). We also know that the meatiest portions of the prospect steak will likely not break through – assuming they do – until 2015/2016 at the earliest.

That’s a couple years from fruition. We can easily see that, and Epstein isn’t saying anything draconian or terrifying.

But part of the reason we’re not scared to hear these kinds of messages is because there’s a presumption that, even if the best version of the team is a couple years away, there will be improvement at the Major League level, starting with this season, and taking root in 2015. There’s payroll room opened up this year, but, outside of Masahiro Tanaka, there aren’t a lot of compelling pieces on which to spend it. So, no problem. The next year – 2015 – will be the focus, and 2014 will be a step along the way. Heck, what’s “a couple years,” right? A couple years from 2013 is 2015. So we’re good.

There are increasing signals that 2015, in addition to 2014, could be another slog. I fear that we’re seeing another message taking shape.

Ken Davidoff recently interviewed Epstein about a variety of things – mostly the New York/Boston rivalry – and Epstein offered a somber note about the GM Meetings last week: “[I]t takes time [to build], and a lot of that work is very enjoyable, but it’s also under the radar, which gives us space and freedom and creativity. But it makes for a different experience. Unfortunately, you can’t provide your fans with what they deserve along the way, which is teams that play meaningful games all year long and play until October. So we just have to take a patient, long view. It’s a different experience. But I’ve always enjoyed the scouting and player development aspects of the game, the investing in young players, more than any other aspect of it. So to that extent, it’s been really fulfilling. But it’s different. It’s different. It’s strange walking around the meetings and being a little irrelevant, because we’re not major players in some of these deals.”

Irrelevance is not a word I’d like to hear associated with the Cubs for much longer.

Adding to Epstein’s comments, Dave Kaplan had Jed Hoyer on his radio show late last week, and Kaplan asked if Hoyer saw a “major type move” coming this offseason. Hoyer’s response, in part: “We’re probably going to continue the way we have been, really trying to build up our base …. Where we are as an organization, we have a really bright future, and I think we’re a lot closer to winning a World Series than we were two years ago, but we don’t want to short-circuit that process ….”

So far, while the front office is clearly not going to say that spending big is in the cards this offseason, Epstein’s and Hoyer’s comments are equally consistent with not spending big this Winter, but maybe spending next year. That, in my view, would be an acceptable approach, particularly in light of the current free agent class and the 2014 strength of the Cardinals, Pirates and Reds. Still, the tone doesn’t feel very optimistic in the near-term.

And then Patrick Mooney reported this: “Where the Cubs had internally viewed 2015 as a breakthrough year last winter, now they are focusing more on 2016 in the big picture.”

When the new front office took over, and we discussed a realistic timeline for a rebuild, I said that I expected 2012 to be terrible, 2013 to be not much better, and 2014 to be the first season that the Cubs fielded a team, on paper, that looked like a .500 team in Spring Training. That’s a team, as the Orioles have shown, for one example, that has a chance at making the playoffs based on some luck.

From there, it was fair to expect that the 2015 Cubs would be a playoff contender. That was the timeline. It wasn’t terribly aggressive, particularly in a large market that has never attempted a full-scale rebuild.

I’ve accepted that the 2014 Cubs will probably enter the season looking like a non-competitive squad. There are a number of explanations, from the unexpected regression of key big league pieces, to the overheated and undermanned free agent market, to the delays in revenue expansion, to the (ironic) impressive development of the Cubs’ top impact prospects (meaning that it makes more sense to wait). Next season is probably going to resemble the previous two, and, while I wouldn’t have liked it if you’d told me that’s what 2014 was going to be two years ago, I understand the reasoning behind it, and I ultimately support it.

But if there is talk of already sitting out 2015 – if that’s truly the message we are to be receiving – I will be very disappointed.

Disappointed in whom? The front office? Not entirely, if the resources aren’t there. If that’s the case, they’ve got no choice but to build up the farm and hope it pays off. Disappointed in ownership? Maybe a little, but those revenue disruptions came from outside the organization.

So it’s just … disappointing. Things would play out like this for the Cubs, wouldn’t they? A pile of disappointment and no one to blame.

But, to the extent there are elements of The Plan – whether front office-driven or ownership-driven – that already presume punting on 2015 (short of a miracle prospect wave breakthrough), I fear that’s a mistake. Fans will come back when the Cubs are winning. We all believe and accept that. But the longer the period of losing, the deeper the revenue losses (and resentment, meaning the slower those fans will climb back on board).

Hopefully I’m just hearing a message that isn’t yet being issued, and there are still eyes on a competitive team in 2015. Hell, hopefully 2014 winds up being a pleasant surprise.

If it takes until 2016 for the Cubs to field a competitive team, I’m not really sure what the landscape is going to look like at that point. It’s the final year of Theo Epstein’s contract. I don’t think anyone expected that Epstein would serve the full length of his five-year deal without the Cubs playing some winning baseball until the very end.

The good news? Baseball is very hard to predict year to year, and the Cubs have a crapload of young talent at this point. The long-term future still looks exceptionally bright. And, in the near-term? Nothing wrong with crossing your fingers, I guess.