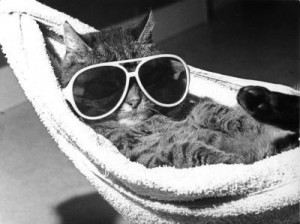 It’s funny. People tend to observe things from the perspective by which they entered into the observation. The eye sees what it wants to see, and all that.

To wit, yesterday’s post about my concern that the Cubs were already raising the possibility of being non-competitive in 2015 (in addition to 2014) is being held up by some as an attack on the front office or Cubs ownership. A kind of rallying point for the folks who are angry that the Cubs aren’t spending indiscriminately in free agency.

That was never the intention, and it’s not actually what I wrote. The point, stated simply, was that I don’t think it’s necessary just yet to punt on 2015 in service of the greater long-term plan. I want there to be an open mind about the possibility of needing to spend as soon as next offseason to supplement the farm system and to kick-start an increasingly hostile fan base (because, whether the fans’ opinion matters, their dollars and their eyeballs certainly do). Maybe spending big won’t be in the cards, but let’s leave that decision until next offseason. In my mind, it’s just too early to say whether it will be worth making big moves for 2015 or not. I doubt the expectation in the Cubs’ front office is to punt on 2015 (there’s a lot of baseball to be played between now and then), and there’s certainly a measure of expectation setting going on.

To be clear: I don’t want the front office to short circuit The Plan in service of a few more wins in 2014 or 2015. There is no glory in finishing with 76 wins instead of 72 wins, and you can do more harm than good that way. We all agree on this, and I still “get it.”

Nothing I wrote yesterday supports splurging on Jacoby Ellsbury or Robinson Cano just for the hell of it. Candidly, I have a hard time seeing how I would support either move unless (1) they came at such an obvious value rate that they couldn’t be turned down; and/or (2) they were made in tandem with several other moves that significantly upgrade the team for 2014.

But, with two years to spare before 2016 (when the waves of prospects start making a real impact), it doesn’t seem an unreasonable focus for a large market – even one restricted by revenue externalities – to seek to improve itself to a competitive level by way of outside moves. This is a market that is screaming for short-term deals, and the Cubs could pick up some nice pieces on two-year contracts. Those are not inhibiting in the long-term, and, done with care over the next two offseasons, could put the Cubs in a very nice position to be competitive come 2015. (And, as always, if the right offer comes along with young talent in return for one of those signees … well, then maybe you do some more flipping.)

The point is, even if punting on 2014 now seems like an appropriate strategy (and it does*), there are moves that can be made with an eye toward 2015. For long-term organizational health, winning in 2015 is certainly better than winning in 2016. And if doing so doesn’t harm that 2016 prospect-driven breakout (the trickle of which could actually start as soon as 2015)? That’s the ticket for me, and an approach that ignores this possible avenue would make me nervous.

*Because of the unexpected regression of key big league pieces, the overheated and undermanned free agent market, the delays in revenue expansion, and the (ironic) impressive development of the Cubs’ top impact prospects (meaning that it makes more sense to wait). The caveat here is that, if the Cubs somehow surprise in the first half of 2014, I would like to see them try to stay competitive the rest of the year, if they can do so without depleting the highest impact talent in the system.

Something I should have emphasized yesterday is that, despite the signals that 2014 and 2015 might be down years, focused on continuing the build, this front office is flexible and smart. And, even if you (mistakenly) believe this ownership group is all about the bottom line, they’re smart enough to know that winning is more profitable than losing. If things take a step forward in 2014, then I have no doubt – regardless of recent signals – they’ll kick things back up, complete with funds suddenly available for spending, in time for 2015.

But, considering recent messages, our expectations for 2015 are likely being managed a bit, and that strikes me as premature. That’s the crux of the conversation I wanted to have.