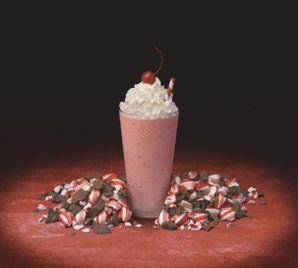 I have an incredibly thoughtful wife. Monday, out of the blue, she asks me, “Hey, isn’t your milkshake coming back soon?” She was referencing the decadent, one-of-a-kind, please-let-me-be-a-spokesman-for-it Peppermint Chocolate Chip Milkshake at Chick-fil-A, which I had inexcusably let slip from my mind as the holiday season approaches. I immediately searched for a return date, and what did I find? A tweet, from not three hours earlier. It was back. That day. I got one that night, and have been floating in a cloud of pepperminty chocolate goodness ever since.