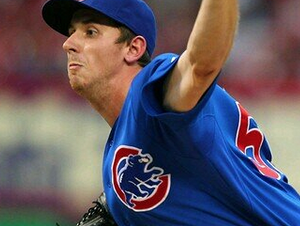 For this edition we’ll go back to the mound and cover the second pitcher of this series. Unlike the first pitcher I wrote up (C.J. Edwards, in case you’ve forgotten), there is little question about whether this lefty will work out of the rotation or the bullpen. He’s a reliever, and a pretty good one.

He’s also the last piece of the original Matt Garza trade to still wear a Cubs uniform. Zac Rosscup was barely discussed when that mega-deal with Tampa went down, but I have always been intrigued by his potential. Now that he is recovered from some past arm issues, he has emerged as one of the best lefty reliever prospects in the system.

First, as always, let’s recap the purpose of the Prospects Progress series. The goal here is not to re-rank the prospects (that comes next year) or to assess the strengths and weaknesses of farm as a whole (that also comes next year). The goal for this series is to take each prospect individually, study the progress made so far, and see what we can learn about the future for that player.

Rosscup pitched at three levels for the Cubs in 2013, and he left us with quite a bit to look forward to.

Zac Rosscup, LHP (I see his name spelled both Zac and Zach. I think Baseball Reference is wrong on this one, and that Zac is correct [Brett: The man, himself, agrees]).
Born: June 9, 1988
Acquired: Rosscup was the other pitcher in the trade when Tampa sent Garza to the Cubs in 2011. Tampa drafted him in the 28th round of the 2009 draft.

It wasn’t all against lefties, either. The Smokies used him as a closer at times, a set up man at other times, and he was sometimes the first man out of the pen in high leverage situations. He proved himself a fairly versatile, valuable bullpen left hander.

He then went to Iowa, but unfortunately he did not get much experience there. He appeared in only 10 games and pitched just 7.2 innings. The K/9, for what it is worth with such a small sample size, was 19.96 with a K/BB of 2.83. His BB/9 jumped up to 7.0, though, and that trend continued when he hit the majors.

That’s right, he reached Chicago, albeit briefly. For Chicago he appeared in 6.2 innings over 10 games with decidedly mixed results. Although he gave up just one run on 3 hits in that span, he walked 7 (and struck out 7). That is good for a K/9 and a BB/9 both of 9.5. The sample size is much too small to draw any conclusions from those numbers; the main takeaway is that he reached the majors and picked up a little major league experience.

However, because he reached the majors, we can play with one of the niftiest tools available to baseball fans today.

There are others out there better versed in this system and the kinds of wonderful data we can glean from it, so I am going to stick strictly to the basics for now. The data I’m looking at comes from Texas Leaguers, one of the best sources for this sort of thing.

In a nutshell, Pitch F/X is a system that captures the movement of the ball via a variety of sensors and tabulates it in such a way that we can actually look at pitch flight paths, rates of spin, degree of break, and other very fascinating things.

One of the clearest uses of this data is to look at what pitches a pitcher throws and how those pitcher perform. For Rosscup, we can see that he primarily used a four seam fastball that had an average velocity of 92.5 MPH. He also featured a slider at 82.7 MPH. He had some trouble throwing either of these for strikes in the majors (as supported by that BB/9), but hitters were not all that effective at putting either those balls into play.

By looking at the Pitch Virtualization charts a little further down that page, we can also get an idea how he likes to attack hitters. Although he did leave some fastballs up and over the plate, he primarily went at hitters by running the ball down and in to right handed hitters. He rarely pitched on the outer half of the plate (for a right handed hitter) at all. Quite clearly this is a pitcher who is not afraid to pitch inside when the situation calls for it. If anything, given that walk rate, he may have been a little too aggressive about it.

But I’ll take that from a young pitcher. Most right handed hitters have a tough time with pitches down and in. If Rosscup continues to live there, I think he’ll do just fine.

I would love to see Rosscup break camp with the Cubs and remain in their bullpen all year long, but I think it a little more likely that he heads back to Iowa for the first few months of the season. He pitched fewer than 60 innings last year, and given his past arm issues, the Cubs may want to limit his innings a little in the early part of the season rather than drop him directly into a full 162 game season.

I don’t think we should be looking at Rosscup as a future closer, not based on what we can see so far, anyway, but I do like his chances to emerge as a valuable member of the bullpen. I do not see him as purely a lefty specialist, and I don’t think the Cubs do either. Over half his innings with the Cubs (both Iowa and Chicago) came against right handed hitters. He has shown he can be effective in those situations, so I see no reason to force him into a lefty-only status.

If he is going to have success, though, that Major League walk rate has to drop back into the range he showed with Tennessee. If he can accomplish that I think he has a very good chance of being the seventh inning man for the Chicago Cubs for a large portion of next season.