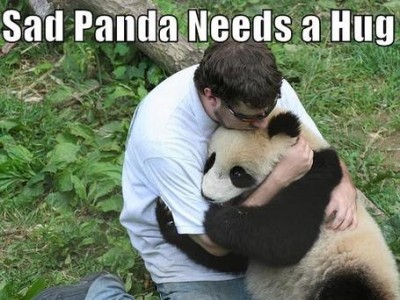 My offseason-long quest (apparently) to push the Chicago Cubs to sign 27-year-old free agent righty Phil Hughes has come to an abrupt close, with a report from the Star Tribune indicating that the Minnesota Twins have agreed to terms with Hughes. Fresh off signing Ricky Nolasco to a reasonable four-year deal, the Twins now get Hughes on what appears to me to be a fantastic deal. Crap on a cracker.

Hughes will reportedly receive three years and $24 million, a deal in the annual dollar range expected, but much longer than expected. Why Hughes, just 27, would want a three-year deal coming off such a down year in New York is a mystery to me. Maybe he’s not confident that he can live up to his peripherals or his pre-2013 performance by “proving it” in 2014. And maybe there are other issues of which I’m not aware.

… but I’m pretty disappointed. To be sure, Hughes could turn out to be a pumpkin. But a $24 million investment is hardly much of a risk when three prime years of a righty with a good arm is payoff on the other side of that risk. Hughes need only be a capable back-of-the-rotation starter to satisfy the value of his contract, and he has the upside to be much more. I’ve made my interest in Hughes for the Cubs no secret, and this would have been a perfectly reasonable signing. In fact, had the Cubs landed Hughes on a deal like this, I probably would have cheered it wildly. Even in a scenario where the Cubs don’t project to be competitive in 2014, having Hughes around in 2015 and 2016 wouldn’t be the worst thing in the world, especially because his salary isn’t going to drag you down. That is all to say that, even if The Plan dictates further reduced spending this year and a non-competitive season in 2014, grabbing Hughes on this deal would not have been in conflict with that agenda.

But hey, maybe the Cubs are interested in adding only one starting pitcher this offseason and they’ve marshaled all of their resources to get Masahiro Tanaka. Or maybe Tanaka and Korean righty Suk-Min Yoon. Or maybe the money’s all going to a couple bats. Or maybe the Cubs simply didn’t like Hughes. Or maybe Hughes simply really liked Minnesota (and the spacious confines of Target Field). We’ll probably never know. I guess 28 other teams didn’t sign him for this deal either.

All I know right now is that the deal Hughes reportedly just got from the Twins looks like a great risk for them. Kudos.