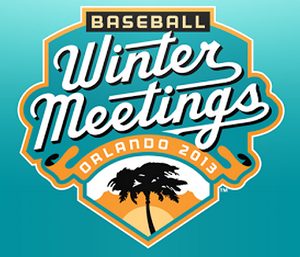 The late nights and early mornings (and nights punctuated by a baby who needs soothed and a toddler who needs told to get back into bed) have finally gotten to me. I purchased a bunch of those coffee k-cup things – some Starbucks variation that was on sale, to be precise – and I’m going to choke down this coffee so-help-me-God, and then I’m going to feel like I can fly. Eventually you get used to taste of bark and burnt chicken skin, right?

Warning: super long meta piece to follow, which will require outside reading to fully understand. But if you ever participate in, or even read, the comments, you should read this. There’s a little naughty language at the end. Felt necessary.

I have mentioned at times that among the great influences for this site is the inimitable MGoBlog, one of the few large, independent sports blogs still going strong. For a variety of reasons both intentional and cosmic, the growth curve of your Cubs home has tracked the development of that site and of the University of Michigan athletic program (mostly football – seriously: from a blog-type-thing obsessiveness standpoint, the Epstein/Hoyer GM search was a carbon copy of Michigan’s coaching search back in 2007, which landed on Rich Rodriguez (hopefully Epstein and Hoyer are given more than three years to do their thing – but, once again, as a Michigan fan, I can tell you there are considerable parallels in terms of rebuilding, patience, and eventual meatball rebellion)).

We’ve always been about three to four years behind that curve, so it was with great interest that I reviewed Brian Cook’s recent “State of the Site” at MGoBlog. There’s a whole lot of that going on around here, which is to say there are certain things that – despite folks sighing about any particularized problems with the community here – eventually happen in every single large Internet community since people were writing ‘Full House’ fan fiction on early-90s bulletin boards (“You always censor anyone who doesn’t agree that Joey should stick with comedy!”). This is especially true when the thing for which folks have gathered to discuss is going crappily.

For those who are into the meta of sites like this and the community aspect, and especially for those of you who feel the comments here have devolved into a constant pissing contest, I would encourage you to read the section entitled “The Issue.” Brian’s description of the balance between a blog’s content and its community is pretty much spot on. I’m not quite sure I’m ready to take things as far as Brian does in the ensuing section laying out a solution, but, as I have in the past, I’m definitely taking some cues from him.

Summing it up? (1.) I have a pretty good asshole-detector. (2.) I’m tired of a tiny percentage of people being assholes here under the auspices of my longstanding hands-off approach to letting folks say whatever they want. (3.) Stop being an asshole, because you’re harming things for everyone else. (4.) I’d rather get rid of assholes, and be labeled the kinds of things you get labeled when you boot people from a community (right or wrong), than allow the assholes to ruin the comments for the other 99% of people who participate in or merely silently enjoy the comments.