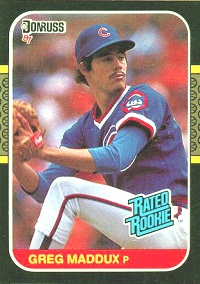 Yesterday, the BBWAA released its Hall of Fame balloting, revealing that Greg Maddux, Tom Glavine, and Frank Thomas had surpassed the 75% threshold in their first time on the ballot. Good for them, nuts for everyone else, and reactions from all around …