Pierce Johnson's Many Pitches and Other Bullets Skip to content 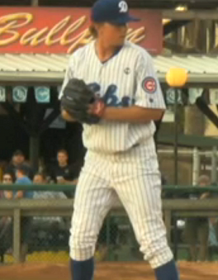 On my drive into Chicago last night, I was thinking about how I’m not a music guy. Yes, I listen to it – as I was at the time – but it’s not a sensory passion for me. Some folks are just all about music. They’ve got it on all the time. They can sit down and just listen to music, with nothing else going on, for fun. I can’t do it.

I started thinking about how my thing has always been TV. I love it. I watch TV all the time. In our post-cord-cutting life, I’ve actually had the opportunity to enjoy better TV more often by way of Netflix/Amazon Prime/DVDs/etc. because I can choose a series, divorce myself from all other TV watching (i.e., shameful reality TV distractions), and get through the series in a quick blast. The most recent series I consumed was ‘The Shield,’ an early entrant in the Golden Era of TV dramas, marked by their grittier takes, stylish shots, and, frequently, an antihero male lead. I loved it.

Shawn Ryan, for those who don’t know, was the creator of, and showrunner for, ‘The Shield’ (among other fine programs). Small world. (Hi, Shawn! Loved ‘The Shield’! I am available for a role in any upcoming sports blog-related show you might develop. I will do nudity if it is integral to the plot.)