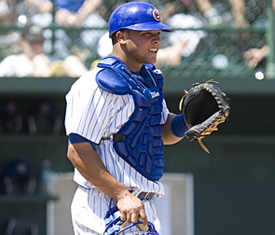 Thanks so much to those of you who’ve done some Amazon shopping since I mentioned BN’s new relationship with Amazon on Monday. I added a link up there to the left (“Support BN at Amazon”), which will take you straight to Amazon. The Wife told me that I should also let folks know that the easiest way to help out is to just change your Amazon bookmark to http://www.bleachernation.com/amazon – that link takes you directly to Amazon, but it tells Amazon that you came by way of BN. For those of you who regularly use Amazon anyway, it’s an easy way to support BN in the process while doing nothing differently whatsoever.